The Bill is called H.R 1, also known as the “For the People Act”, and is aimed at making all the voting irregularities that happened during the 2020 election cycle permanent.

How does the bill do this you may ask? Well, here are the highlights of what this dangerous Bill contains. Among the 791-page bill’s provisions are the following:

This legislation has already been passed by the House in a strict party line vote. And now makes its way to the Senate.

Democrat sponsors have tried to sell this Bill as a voting integrity issue when it clearly does the exact opposite.

Take for example what Michelle Obama had to say about the Bill:

Michelle Obama is applauding Democratic lawmakers’ push this week to enact an expansive voting-rights bill that just passed the House of Representatives and next moves to a more uncertain future in the Senate.

The former first lady and voting rights activist said Thursday, however, that the Senate should also pass the For the People Act “as soon as possible — because there is nothing more important to the health and future of our democracy than safeguarding the right to vote.”

We as Americans must not give in to seducing lies from the swamp in Washington D.C. It is time to act NOW, and let your Senator know you oppose this Bill. 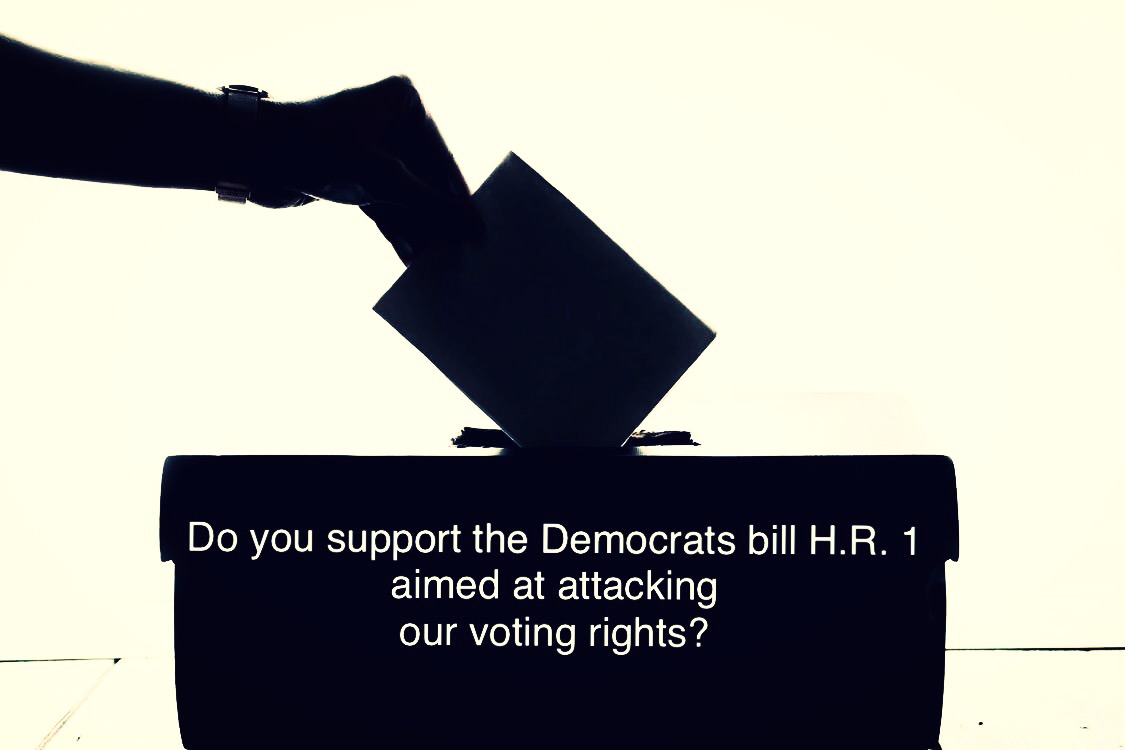 If H.R. 1 passes the Senate and goes to Joe Biden’s desk, the American people may never participate in a free, open, and fair election ever again.

Again, please take a moment to sign our petition today.