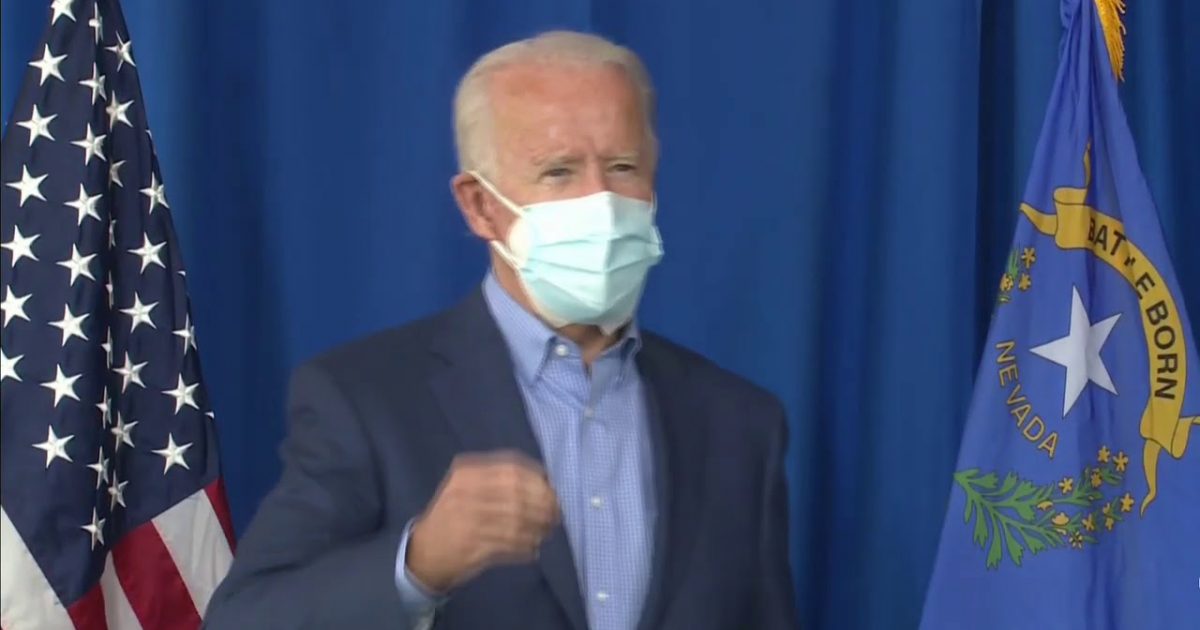 President Biden faces more criticism by someone in the know. The verdict: incompetent on foreign policy.

In fact, Robert Gates said Biden took the wrong stance on every foreign policy issue for the past 40 years.

But by all means – let’s steal an election for him. At least that’s what liberals decided to do. Now, every fear conservatives harbored regarding a liberal regime is materializing. In record time.

Formal UN Ambassador, Nikki Haley had this to say:

“Playing nice” and “coming across very naïve” are just politically correct ways to say the Biden administration is a colossal failure of the most incompetent kind.

On a world stage, no doubt.

It’s not enough that Biden has literally hurt every American, in every facet of our society, in just 70 days- but he is also impacting the world on a global scale. Yet, Biden has no idea where he is, or what he’s doing. It’s almost as if our country is being run by the likes of Jen Psaki and AOC. It’s that juvenile and inept. The only difference is Joe’s age; mental acumen – equal.

“In his 2014 memoirs Duty: Memoirs of a Secretary at War, Gates writes that while Joe Biden was likable on a personal level, he has: “been wrong on nearly every major foreign policy and national security issue over the past four decades.”

Let that sink in.

In 2019, host Margaret Brennan of Face the Nation asked Gates:

“If Biden… would he be an effective commander-in-chief? Gates replied, “I don’t know. I don’t know… I think that the vice president had some issues with the military. So how he would get along with the senior military, and what that relationship would be…I think, it… would depend on the personalities at the time.”

Real Clear Politics had this to say:

“Gates seemed to doubt Biden’s mental abilities at his current age. In response to Brennan’s question asking Gates if he thought Biden was right for this moment. Gates replied”

‘I think having a President who is somebody our age or older… is- I think it’s problematic. I think that you don’t have the kind of energy that I think is required to be President. I think– I’m not sure you have the intellectual acuity that you might have had in your sixties.’

Remember – Robert Gates was appointed by the Obama-Biden Administration.

Stunning that even back then, Gates felt strongly Biden was not suited for this position, and he worked for the guy! This cannot go unnoticed. Biden has always been unremarkable.

It’s shocking that former Defense Secretary Gates and UN Ambassador, Nikki Haley have both spoken out strongly about Biden’s utter incompetence. This is no small thing. “Problematic” to have a person at his age as president is an understatement. He should be in an assisted-living facility. Listening to his presser the other day, he was winded just walking to the podium. As Dan Bongino pointed out, his podium was closest to the door. This planned maneuver by his handlers, kept him from walking too far, thereby mitigating the opportunity for the press and the audience to see his frailty.

This is the Contrived Presidency of Joe Biden.

Now we watch in horror as our President systematically sets this country up for a total takeover from China, Russia, and Iran. It’s almost unseemly, but it is not. It is now on our doorstep.

It’s time to wake up peeps – especially those that voted this feeble President into office because you couldn’t stand Trump.  And you couldn’t stand his tweets and thought he didn’t act like a statesman. Guess what – those days are gone. There is not one statesman or woman in the Liberal Party. Only bottom feeders trying to drain this country to line their own pockets.

Lining their pockets starts with Biden, Obama and Clinton.

Trump wasn’t a Ronald Reagan statesman, to be sure, but he was tough like Reagan and had the best interests of this country and our military at the forefront of every decision he made. At least he could make a decision; Biden can’t even seem to do that. I guess his handlers are grateful for Executive Orders. With this vehicle – Biden just has to sign his name. He doesn’t have to think, consider, weigh or negotiate. He just has to “be.” He’s still a warm body, after all, even if no one is home.

Again, I take no pleasure in watching this. But my country comes first before Biden – because he doesn’t care, and the Liberals don’t care. But don’t be fooled – this Biden Presidency is not about Joe or Kamala being president.  They are expendable and will be expelled, either by an accident or by executive fiat. They are props and pawns in the greater “Liberal Single Party” quest for world power dominance. Biden is being used and abused by his party to get to the next step. Liberals don’t want Kamala either.

Nikki Haley continued to rail against Biden’s inaction in regards to the global stage on America’s Newsroom:

“When you are humiliated in a meeting with China; and when Putin challenges you to a debate and you watch China and Iran make a fantastically huge deal that’s going to put terrorism around the world at an even larger level; when you have North Korea shooting ballistic missiles — I mean, the Biden administration is way over their head on this and they’re playing nice and they’re being naive and China is running all over them,” Haley continued.

“I mean … you have to look at what — a big thing happened when China and Iran signed that agreement bill,” she said, referring to the new 25-year, $400 billion trade deal signed Saturday between China and Iran.

“What that did was basically give Iran a pass from having to deal with the U.S. or the Europeans at all,” she said.

“Secondly, massive influx of money that now goes to their proxies in Syria, Iraq, Yemen that they can continue to do things with allows China to get their oil, allows Iran and China to exchange military cooperation and worse than that, they establish a bank situation which goes back to what they’re all trying to do, which is to make sure that the U.S. dollar is no longer the world reserve.”

This is pretty point-blank.

Nikki Haley laid bare the hard truths about having an administration that can’t get themselves out of a wet paper bag, and a party that only wants to suck this country dry and hand it over to the Chinese. It’s pretty simple: a world power cannot have a cream puff as a leader who must come up against ruthless countries that want to reign supreme.

And yet, here we are…

Those who voted for this administration own all of this. You own the evisceration of the United States of America. [Further] you own our streets being taken over and our police being defunded, and every aspect of our lives becoming less and less safe. You own the imploding of our country from within, and you own the exploding of our country from the outside. This is what you bought. The hoax.

Watching Trump at Mar-a-Largo say “Do you miss me yet?’’ I can’t help but say out loud – you bet I do.