Forget Facebook. Twitter’s tanking. And you can bet banning conservatives made these platforms more irrelevant than MySpace. Especially once they went after Donald Trump.

But no social media mogul has the power to silence a man like Trump. And today, we know exactly what #45’s next move is. 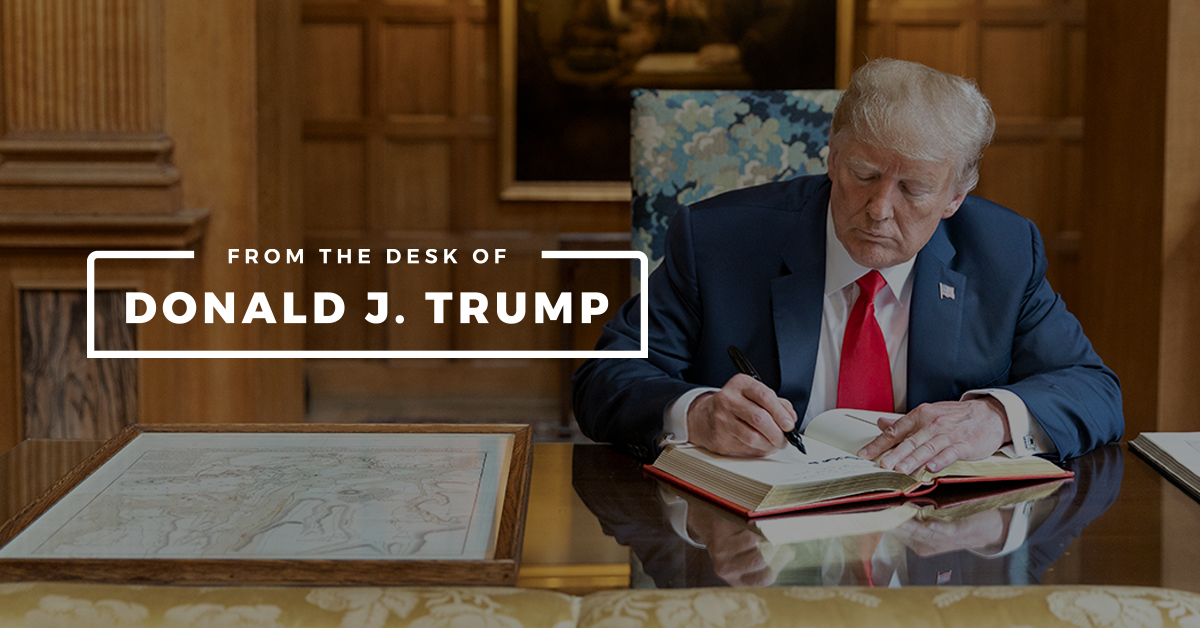 Image courtesy: Donald TrumpTrump had nearly 88 million followers when Twitter decided to permanently ban the president. And in January alone, it cost the platform $5 billion. But that wasn’t enough to teach the techies a lesson. Still, the bottom keeps falling. On March 1, stocks were hovering around $77.68 a share. Today, they closed at $54.40 and falling.

My prediction- Twitter will end up trading as penny stocks before the next election rolls around. Especially now that Trump has a way to communicate with his followers.

Ironically, Trump’s new platform (you can find it here) allows users to share his posts on both Facebook and Twitter, even though both platforms still ban Trump’s direct use.

The space will allow Trump to post comments, images, and videos.

The technology appears to be powered by Campaign Nucleus— the “digital ecosystem made for efficiently managing political campaigns and organizations,” created by his former campaign manager, Brad Parscale.

The space allows Trump to post, and allows followers to share the former president’s posts to Twitter and Facebook, however, the new platform does not have a feature to allow users to “reply” or engage with Trump’s posts.

“This is just a one-way communication,” one source familiar with the space told Fox News. “This system allows Trump to communicate with his followers.”

Trump’s new platform surfaced Tuesday, after advisers had told Fox News that the former president planned to “move forward” to create a social media platform of his own after being banned from Facebook, Twitter, Instagram, YouTube, and Snapchat after the Capitol riot.

But, this is only the beginning.

“President Trump’s website is a great resource to find his latest statements and highlights from his first term in office, but this is not a new social media platform,” senior advisor Jason Miller told Fox News. “We’ll have additional information coming on that front in the very near future.”

The rollout of the platform also comes just a day before Facebook’s Oversight Board is expected to announce its decision on whether to indefinitely suspend Trump from Facebook and Instagram.

The board in January accepted a case referral from Facebook to examine the ban, as well as to provide policy recommendations on suspensions when the user is a political leader.

Facebook moved to block Trump “indefinitely” after the Jan. 6 riot in the U.S. Capitol, with CEO Mark Zuckerberg saying that they “believe the risks of allowing the President to continue to use our service during this period are simply too great.”

Regardless of Facebook’s decision Wednesday a Twitter spokesperson told Fox News that Trump is permanently suspended from tweeting.

For now, Trump and GOP supporters are happy to use Campaign Nucleus to power their political social media. Developed by Trump’s campaign manager Brad Parscale, the technology boasts itself to be the only fair way to “protect conservatives against cancel culture.”

Campaign Nucleus allows users to send emails, text messages and statements to the media and press, and send mail via the U.S. Postal Service. The platform is also “re-imagining ‘social’ media.”

“Users connect with elected officials and candidates in self contained ecosystem,” the website says, noting that users can participate and hold town halls and chats.

A source familiar with Campaign Nucleus said the social media section is “70 to 80% complete,” with plans to fully launch the tools by the end of 2021.

Ironically, tomorrow Facebook is expected to make a decision regarding their ban of President Trump. If they’re smart, they’ll discontinue censoring conservatives. But for some reason, I don’t think they’re quite that smart.