If you watched Joey Demento on CNN the other night, you must wonder where are the cries to invoke the 25th Amendment?

Democrats, IS THIS THING ON?!

Holy cow, what more does Joe Biden need to do to showcase that he and his supporters are first-class morons?! That CNN townhall was embarrassing. More on this in a bit.

Biden’s and CNN’s only saving grace is that few people saw it.

What the Biden CNN town hall looks like from the back of the auditorium: pic.twitter.com/juUehd7PDu

Biden on Wednesday spoke to a half-empty auditorium while doing a live CNN town hall event in Ohio.

The more than dozen empty rows weren’t apparent to television viewers thanks to flattering shots that appeared to show a full, non-distanced crowd packing the front rows — in a striking visual display of normalcy after more than a year of COVID-19 restrictions.

But members of the traveling White House press pool shared photos from the back of the room, revealing that, in fact, the venue was far from packed at Mount St. Joseph University in Cincinnati.

Bloomberg News reporter Jennifer Epstein, who traveled with Biden as a representative of wire services, tweeted an image of “[w]hat the Biden CNN town hall looks like from the back of the auditorium.”

Voice of America reporter Steve Herman, the radio pool reporter for the trip, tweeted a similar image showing that the “[b]ack of the auditorium is empty.”

Herman also published a video showing other angles where spectators were missing from seats.

Apparently people are as interested in this Wuflu scamdemic as they were in Biden’s campaign.

Regardless, CNN had its excuses.

CNN spokeswoman Lauren Pratapas told The Post, “This was a typical audience size for a CNN town hall.” Really?

I randomly searched “CNN town hall” and then picked the first one I saw. It is from Feb 21, 2018 and involves gun control. Check out the “typical audience” at this town hall. A “slightly” bigger audience than Biden’s. 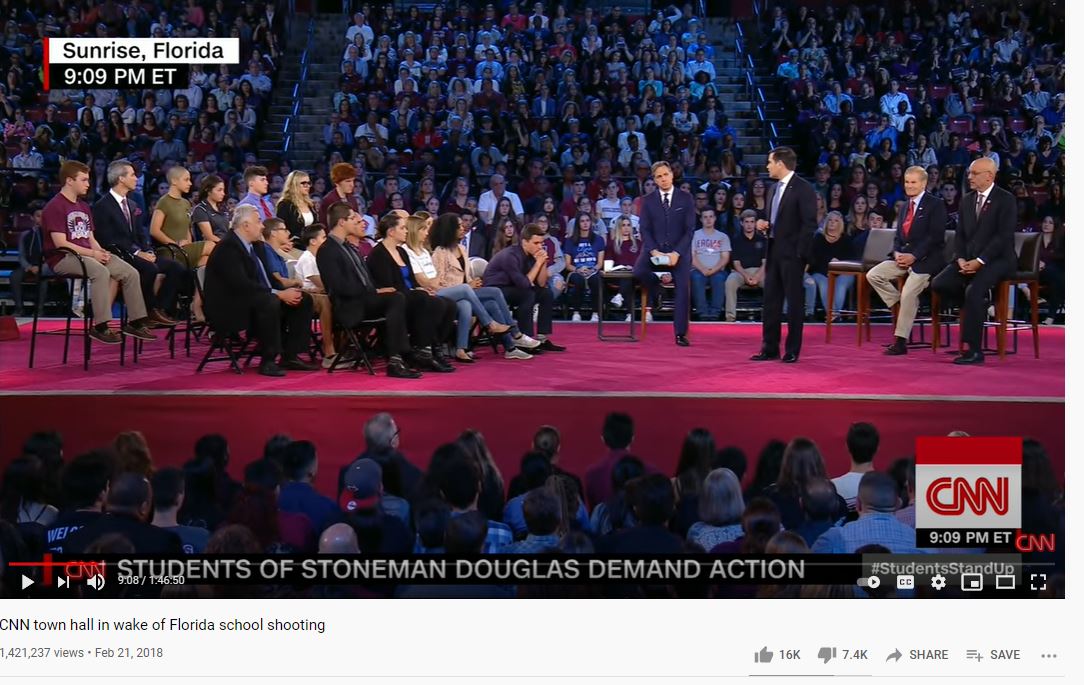 Do we really need to compare Biden’s numbers to Trump’s?

We all know that auditorium would have been filled to the brim, if Trump held the press conference.

Former President Donald Trump routinely mocked Biden during last year’s presidential campaign for drawing small audiences – even before the pandemic – compared to his own rallies that generally featured tens of thousands of fired-up fans.

“Biden comes to Florida, you have like 12, 13 people. You know, they do the circles. And he has a hard time filling up the circles. Here we probably have 30,000 people or so,” Trump told a roaring crowd in Jacksonville, Florida, in September.

Crowd aside, what really drew people’s attention is Biden’s performance.

That was only the beginning as social media destroyed Biden. Rightfully.

Most of the comments dealt with the obvious idiocy on display; by both Biden and Lemon. One person recognized how difficult it must have been for Lemon to pretend to understand what Biden was saying.

Speaking of Lemon, what were his thoughts? After watching the ramblings of Joey Demento for an hour, he couldn’t possibly find the man intelligible. Yet, Lemon will toe the party line for sure. Because he won’t give up his cushy job.

Finally, I tried to find Nielsen stats for this fiasco. As of this writing, I found none. I suspect the ratings mimicked the on-site viewership. Too embarrassing to report.