While Joey Demento pretends to be president, Americans believe otherwise. So when the installed “president” visited PA recently, he was greeted with one-finger salutes.

One can only imagine what Biden thought as his motorcade passed hundreds of onlookers flipping him “the bird”. Given his state of mind, Biden likely thought he was about to attend his biggest rally ever.
Imagine what world leaders think as they view the video of Americans gesturing their disdain for the brain-damaged leader of the not-so-free world. And is it any wonder that the White House limits Biden’s appearances?
Sadly for his handlers, they can’t keep the real stories from leaking out. Rest assured that one day the White House won’t publish Captain Demento’s route in order to save face from such incidents. Because make no mistake about it, Biden gets greeted like this everywhere he goes.

Recall that in his visit to Europe, Biden’s motorcade drove by signs that read, “Trump won.”

As we wrote at the time:

Despite what leftists want you to believe, Americans are the only ones who hated to see Donald Trump. When he went overseas, Trump met screaming crowds reminiscent of Beatles fans.

Contrast that with Joe Biden’s showing across the pond. His first international travel is proving to be quite embarrassing to America, especially as Biden’s become the laughing stock among the British. 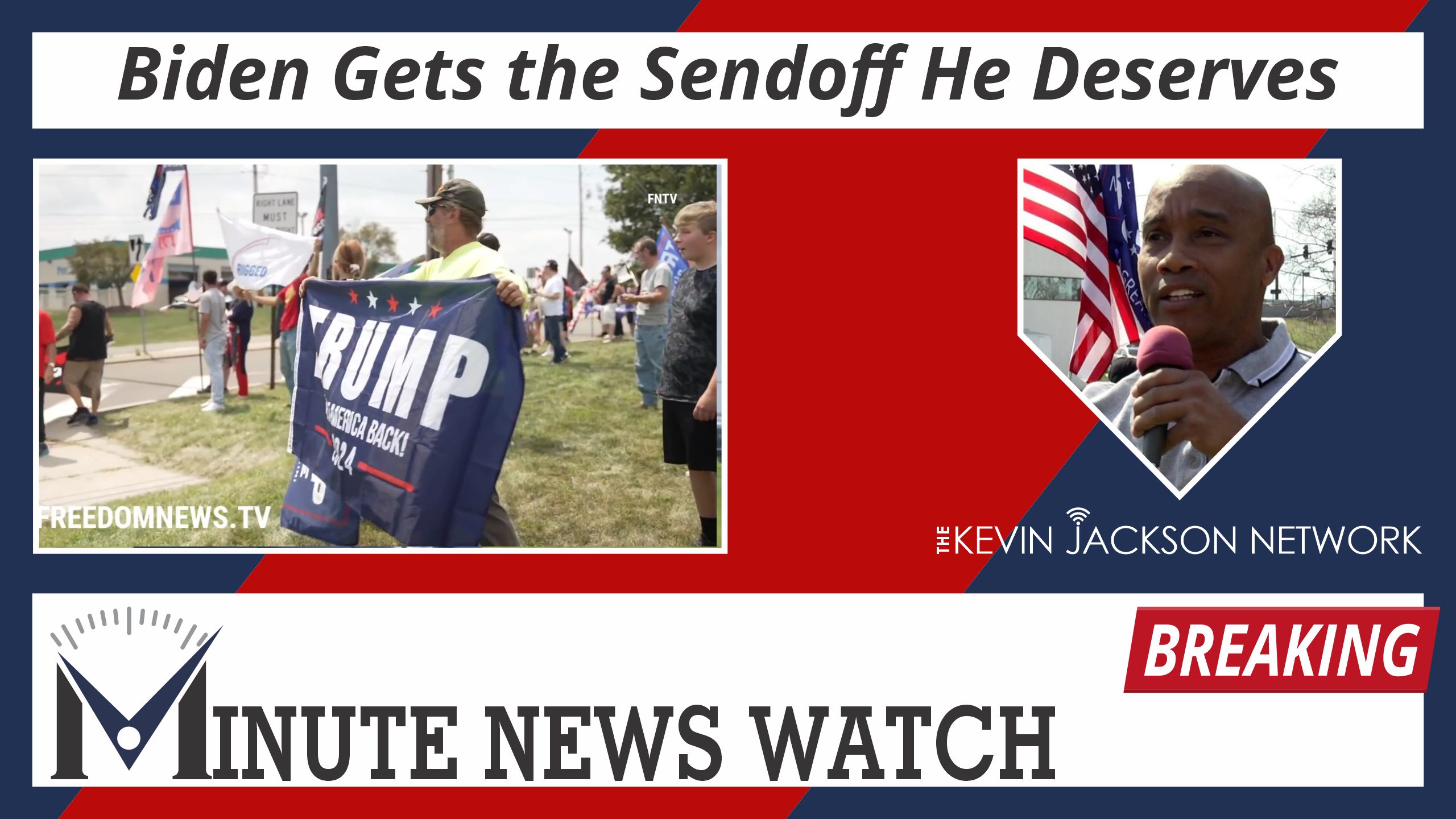 Before President Joe Biden’s plane landed in Kentucky Wednesday afternoon, protesters were already gathered in Delhi, Ohio, waving Trump flags and calling for Biden’s impeachment. Among the most important issues to protesters, they said, are abortion, immigration, election fraud and taxes.

“Very disappointed in the university, a Catholic university,” she said. “Biden believes in abortion and Catholics do not. So no, I’m really not happy. So that’s why I’m here with my Trump flag, hoping to get him back in office.”

She says she never worried about election fraud before the 2020 election, but reports of election fraud made her feel like her vote may not have been counted.

“I wish the government could fix that. So we don’t have to worry about when we go to the voting booth … we know our votes are going to be counted,” she said.

“I’m just here to stand up, to take back our country to stand up to someone that is not my president. He’s destroying our country,” she said.

Among many things, she takes issue with the $1.2 trillion bipartisan infrastructure plan Biden is pressing Congress to pass, even though it may provide funding for much-needed repairs to the Brent Spence Bridge.

“If he talks about infrastructure, that’s also a gigantic – first of all – financial disaster. But what is problematic is what they’re trying to sneak into the infrastructure since they can’t get it through any other way,” she said.

These are the true voices of America.

And you will hear them anywhere you go, I guarantee it. Even in California. Obviously, the longer Biden’s president, the more Americans will be desperate for Trump’s return.

The fake news media and Leftist elitists may pretend that Biden is in charge, but the world knows differently. And Biden knows that he is NOT the duly elected POTUS…