Far be it for me to alarm the public, since the government already excels at it. But the data with Wuflu is clearly manipulated, as is data related to the vaccines.

And now we learn that the vaccine may even enhance a person’s chances of developing cancer? More on this is a bit.
For now, I dare any reasonable person to compare infection rates in the U.S. (the world’s biggest economy) to infection rates of poor countries. Then, compare U.S. death rates to other countries based on GDP and you get astounding irregularities. Don’t forget to add in the the padded contagion rates the (fake) death rates.
Kevin Jackson recently broke down the numbers.

The Fed currently won’t report real stats on people dying from vaccines, nor will they publicize stats on people with side-effects from the vaccine. Along those same lines, the Fed under-reports the inefficacy of the vaccine, ergo no reporting on REAL stats around people with the shot getting sick. And they are.

Next, the Fed is undoubtedly hesitant about reporting that vaccine won’t stop the Delta variant or any other variants, though they still pretend this is all about the science. Ironically, the Fed has under-reported that the Delta variant is more communicable, but less deadly. Still they recommend reinstating lockdowns and mask mandates. On that note, the Fed quick reports “new cases” of Wuflu, but I have yet to hear any reports on new deaths.

Adding insult to quackery, the Fed is quick to target states (FL & TX) who lifted restrictions on Wuflu, but won’t comment on lockdown states with higher numbers.

This is true worldwide, as the Fed doesn’t discuss areas of the world that didn’t follow Wuflu (nonsense) protocols, yet have NO surge in cases or deaths. Places like Sweden. 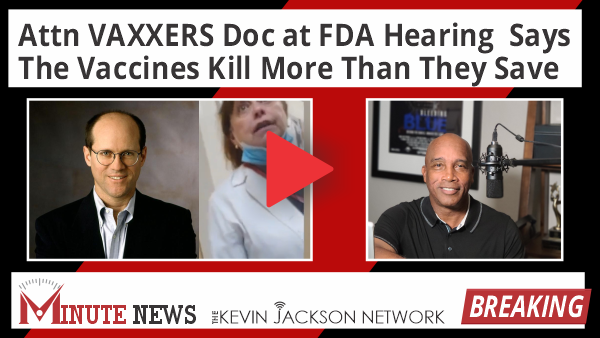 Only 1.39 percent of Africa’s population has the full Wuflu vaccine. And those vaccinated are almost exclusively in 5 countries.

What do India and Africa have in common? They don’t have the money to steal from their people.

Add to this the fact that politicians in America said that Black people die in greater numbers than other nationalities, and you can clearly see the blatant lies.

Fact: Anything short of an N95 mask is ineffective against airborne disease. Additionally,  there is NO science around social distancing of 6 feet. Some government bureaucrat pulled this number out of his ass. Further, the establishment of idiotic “rules” where you can walk through a restaurant with a mask, but Wuflu leaves you, when you sit down.

Fact: The actual flu has 189 potential variants and 131 actual variants. The worst flu epidemics have been far more deadly than Wuflu and multiple strains. I wrote of these flus and their killing ability.

While I couldn’t find specific data on the numbers, here is enough to fight against getting this death shot for any teen:

The most recent reported deaths include a 15-year-old boy (VAERS I.D. 1498080) who previously had COVID, was diagnosed with cardiomyopathy in May 2021 and died four days after receiving his second dose of Pfizer’s vaccine on June 18, when he collapsed on the soccer field and went into ventricular tachycardia; and a 13-year-old girl (VAERS I.D. 1505250) who died after suffering a heart condition after receiving her first dose of Pfizer.

So why is the IL governor mandating masks for “tots?” NO “science” supports this Draconian nonsense.

Believe it or not, Joey Demento claimed recently that 350 million Americans were vaccinated. Given that number is larger than the entire population of the US, let’s at least consider the 25th Amendment on Biden. But worse, don’t believe any numbers. The Fed will tell us that everybody has been vaccinated soon, in order to contine to sell the ruse. And the fact that Social media refuses to allow discussion of alternative meds for Wuflu, e.g. hydroxychloroquine,  and pharmacists not honoring prescriptions for other potential cures speaks volumes.

And what about this final fact that Leftists choose to ignore: the ORIGINS of Wuflu. Now knowing what we’ve already known is immaterial they claim. Since when? A crime against humanity has been committed, and Leftists are treating this as a Jussie Smollett situation.

That’s enough information for anybody to take serious pause.

It’s as if the Wuflu knows that the United States has the money to fight a scamdemic. I would make a bet that Wuflu contagion and death rates track closely with the GDP of countries, with the exception of China. So the ruse continues.

Common sense observes that masks are useless against Wuflu, yet fools wear them without reading the warning on the very box in which they come: “These masks do not protect you from airborne viruses”. And to insult to the irony, almost all these masks are “Made in China”, the very source of the virus.
Then there is “social distancing”.
I chuckle at the idea of social distancing, as it is actually “physical” distancing. A better term would be “anti-social” distancing. Misnaming (intentionally) aside, the idea that the government knows that 6 feet of social distancing is the magic number is laughable.
I’d love to see the “science” behind this arbitrary number. I’m sure Dr. Fauci the Fraud could produce some taxpayer-funded nonsense from a medical “expert” chosen by Team Fraudci that proves that 6 feet is the magic distance that prevents Wuflu from jumping from one host to another.
And of course we all know the various other distinctions the virus makes, like allowing people to eat and drink without infecting others. Or as one of my Hollywood actor friends informed me of the new Wuflu added to the staff of all Hollywood productions, the Wuflu will take a break when the director yells, “Action!”. Yes, even for a “love” scene.
As soon as the scene is shot however, actors must don their masks.

Next, what of the so-called cures?

Putting aside the existing cures for Wuflu, e.g. hydroxychloroquine with a vitamin regimen, ivermectin, and who knows what else, the U.S. seems hell bent on pushing pharmaceutical “cures” that costs far more.
And these “cures” come with a cost.
In many cases they simply don’t work. Getting the shot actually causes the shot recipient to get the disease. Some data shows that they get a mitigated or lesser version of the disease, but how do we know this? Many unvaccinated people catch Wuflu, and the symptoms manifest as a cold, light flu-like, loss of smell or taste, or wait for it…nothing at all.
Have any comparisons been done on vaccinated versus unvaccinated on severity? I doubt it.
Further, these “cures” can cause horrific side-effects, even death.
Based on easily available evidence, these “cures” would most likely be banned by any government agency interested in protecting the public. However, in the case of Team Demento, the CDC and the FDA push these appropriately named “death pokes” on the public.

Next, the Operation Warp Speed cures don’t work against variants of Wuflu.

Does the Wuflu vaccine raise one’s chances of getting cancer? According to this article, that may be the case.

A doctor, who is also the owner of a diagnostic lab has found a 20 times increase in cancers since the COVID-19 vaccine rollout. Explaining his findings he said that the vaccines seem to be causing serious autoimmune issues, in a way he described as a “reverse HIV” response.

On March 18, Dr. Ryan Cole, a board-certified pathologist and owner and operator of a diagnostics lab, reported to the public in a video produced by Idaho state government’s  “Capitol Clarity” project,  that he is seeing a massive ‘uptick’ in various autoimmune diseases and cancers in patients who have been vaccinated.

“Since January 1, in the laboratory, I’m seeing a 20 times increase of endometrial cancers over what I see on an annual basis,” reported Dr. Cole in the video clip shared on Twitter.

“I’m not exaggerating at all because I look at my numbers year over year, I’m like ‘Gosh, I’ve never seen this many endometrial cancers before’,” he continued.

Explaining his findings at the March 18 event, Cole told Idahoans that the vaccines seem to be causing serious autoimmune issues, in a way he described as a “reverse HIV” response.

Read it for yourself. Dig into the data. And then ask yourself one question. Do you trust the Biden administration to give it you straight?
Facebook Twitter
Tiffany LayneSeptember 23, 2021
7 minutes read
Don’t Miss Out!