Apparently, Epps instructed protesters to enter the Capitol the day before the insurrection. These protesters later shepherded crowds towards the Capitol on January 6.

Massie tweeted about his line of questioning.

Massie’s tweet once again exposes the leftist hypocrisy. Just look at one such reply.

He didn’t refuse to answer.

He ANSWERED that he was not going to comment publicly on a pending investigation.

Whether you know it or not…that’s common practice.
Law School 101

Now, honestly, I’m fine with there being information that isn’t for public consumption. But I can’t help but think Trump would be the object of constant attack for holding back during questioning. Of course, this entire January 6th investigation is a massive hypocrisy, considering leftist are encouraged to riot violently day after day. But I digress. Back to Epps.

According to Revolver News:

The story of the mystery man, Ray Epps, featured in Rep. Massie’s video above is in fact far more shocking than even the good Congressman implies in the hearing. It’s a story so strange, and so scandalous at every turn, that it threatens to shatter the entire official narrative of the “Capitol Breach” and expose yet another dimension of proactive federal involvement in the so-called “insurrection” of January 6th.

If Revolver News’s previous reporting points to a proactive role of the federal government in relation to the conspiracy cases against Oath Keepers and Proud Boys, the Ray Epps story that follows suggests a similar, yet more egregious, explicit, direct and immediate degree of federal involvement in the breach of the Capitol itself.

Here is a transcript of Thomas Massie’s exchange with the Attorney General, just in case you skipped past the video above.

AG Garland: So as I said at the outset, one of the norms of the Justice Department is to not comment on pending investigations, and particularly not to comment on particular scenes or particular individuals.

Rep. Massie: I was hoping today to give you an opportunity to put to rest the concerns that people have that there were federal agents or assets of the federal government present on January 5 and January 6. Can you tell us, without talking about particular incidents or particular videos, how many agents or assets of the federal government were present on January 6, whether they agitated to go into the Capitol, and if any of them did?

[Looks down and away]

I’m not going to comment on an investigation that’s ongoing.

There is good reason why AG Garland ran from Massie’s question faster than he could find words — and why he couldn’t even keep eye contact as he was dodging Massie’s gaze.

After months of research, Revolver’s investigative reporting team can now reveal that Ray Epps appears to be among the primary orchestrators of the very first breach of the Capitol’s police barricades at 12:50pm on January 6. Epps appears to have led the “breach team” that committed the very first illegal acts on that fateful day. What’s more, Epps and his “breach team” did all their dirty work with 10 minutes still remaining in President Trump’s National Mall speech, and with the vast majority of Trump supporters still 30 minutes away from the Capitol.

Secondly, Revolver also determined, and will prove below, that the the FBI stealthily removed Ray Epps from its Capitol Violence Most Wanted List on July 1, just one day after Revolver exposed the inexplicable and puzzlesome FBI protection of known Epps associate and Oath Keepers leader Stewart Rhodes. July 1 was also just one day after separate New York Times report amplified a glaring, falsifiable lie about Epps’s role in the events of January 6.

Lastly, Ray Epps appears to have worked alongside several individuals — many of them suspiciously unindicted — to carry out a breach of the police barricades that induced a subsequent flood of unsuspecting MAGA protesters to unwittingly trespass on Capitol restricted grounds and place themselves in legal jeopardy.

As it turns out, it wasn’t even all that hard to confirm suspicions regarding Epp’s politics. The man posts his views on good ole Facebook.

It took less than a week after January 6 for online researchers to track Epps down and confirm his identity. Researchers uncovered his personal Facebook profile, where Epps shared his life story on Mark Zuckerberg’s social media app, under his real name.

On Facebook, Epps posted photos of himself boating, on horseback, and bear-hunting with a crossbow. 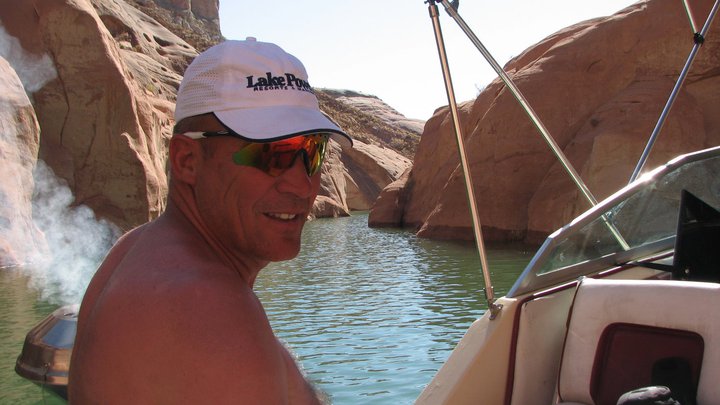 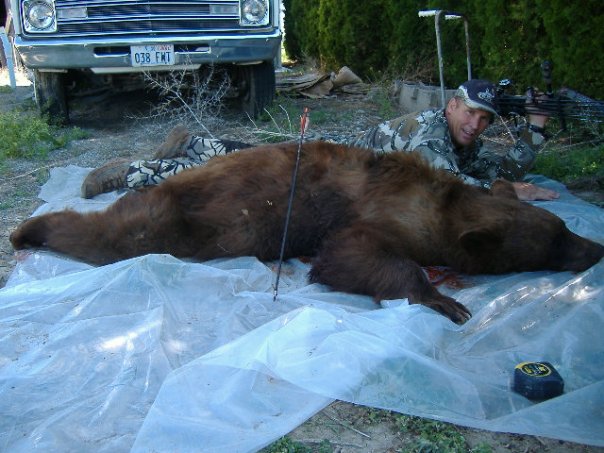 That’s a pretty big bear to hunt with a crossbow. And in many respects, Epps is quite an impressive figure. He served in the US Marines and ultimately worked his way up to full Marine Sergeant, according to his previous public title “SGT USMC” (Sergeant, US Marine Corp) and his private Facebook nostalgic musings.

Researchers went on to locate Epps’s ranch in Arizona, his events business, his private holding company, along with every publicly discoverable record imaginable. They even found his Facebook likes, religious affiliation, and preferred insurance agents and plumbing services, which we’ll avoid reporting in the interest of sparing unnecessary private details.

Epps, who grew up in Arizona and still lives there today, was contacted directly by local newspaper Arizona Central on January 11 — less than a week after January 6, and just three days after Epps was added to the FBI Most Wanted List, a detail upon which we will elaborate later on in this report.

The article goes on to detail many things about Epps, such as:

Public property records show Ray Epps lived in Arizona in 2009, and returned to Arizona in 2011. For a brief period in 2010, Epps appeared to maintain a residence in Las Vegas, Nevada. Given that this is exactly where Stewart Rhodes was living at the time, and that Epps returned to Arizona to become Stewart Rhodes’s top lieutenant as President of the Oath Keepers’ largest state chapter, Arizona, it seems quite plausible that Epps and Rhodes were early associates at the very outset of the Oath Keepers as an organization.

Further, the article explores the atmosphere of January 5th:

The scenes depicted in the following clips all occurred in the newly named Black Lives Matter Plaza at 16th St NW in DC — just blocks from the White House.

There, Trump supporters from around the country who had flown in for the protest gathered together. They had just been separated from Antifa/BLM counter-protesters, some of whom had been violently attacking Trump supporters that strayed from the main crowd. Some Trump supporters, including isolated women, were beaten senseless and bloody on the street, and the crowd was particularly agitated as a result. You’ll hear the forthcoming clip begin with a Trump supporter saying “They’re not Americans, they’re terrorists,” referring to the Antifa/BLM group that attacked them.

There was a very West Side Story feel to the two gangs being separated by a police line. But on the Trump side, Ray Epps held court, and he instructed the Trump crowd to redirect their energies away from counter-protesters, and join his plot to go inside the Capitol the next day instead. 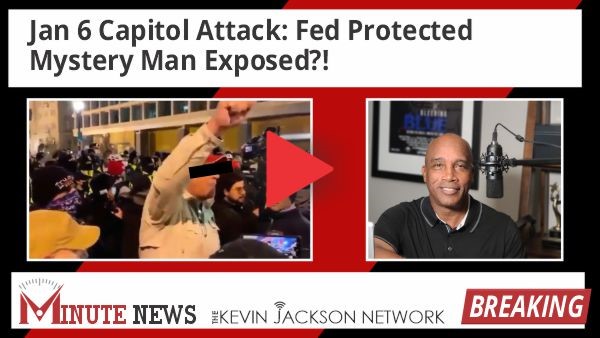 Later, when Epps encouraged the crowd to storm the capitol, the crowd believed Epps to be a Fed! How ironic is that?

January 6, after all, was scheduled as a Trump rally. In the 323 rallies before Trump took office, and the 168 rallies thereafter, there had never been a single instance of rioting or pre-planned illegal activity.

Lawbreaking was 0 for 491 at Trump rallies before January 6.

Perhaps this extraordinarily track record of physical restraint explains why Epps’s arrest-bait proposal stood out like a sore thumb, and why he was quickly shouted down.

But that above encounter was not the first time on January 5 that Epps held court in a crowded gathering, demanding everyone in earshot rush the Capitol the next day. In the following clip, from slightly earlier in the evening, Epps gives the same exact spiel, almost as if his lines were practiced and rehearsed. Note how Epps deploys the same preface of “I probably shouldn’t say this because I’ll probably get arrested” before making his same Capitol-invasion pitch, and delivers the same theatrical pause after “in” when he tells them: “We need to go in to the Capitol.”

Clearly, there is a lot more to the story. Read the report in its entirety here. But the main idea here is the fact that Epps hasn’t been arrested. Despite being #16 on the FBI’s most wanted list. And they clearly found Epps. So why is he still shielded from being arrested?

Over and over, Epps is proven to be a major agitator of Jan. 6th.

Yet Epps was insistent that everyone stay focused on a common mission: storming the Capitol. On multiple livestreams, Epps moves from group to group throughout the plaza, barging in and insisting everyone “stay focused” on “what we’re here for” — which he would then explain meant going inside the US Capitol building. When asked to give a reason for his crazy plot, Epps would continually fall back on his catch-all rationale: “It’s about the Constitution.”

In another clip, Epps is flanked by John Sullivan, a known antifa activist.

Indeed, John Sullivan had purported to be a BLM/Antifa activist in at least two major US cities throughout 2020 before donning a MAGA hat and raiding the Capitol on January 6. Naturally, the MAGA world was shocked a hardcore left-wing riot-activist later turn-up inside the US Capitol building, recording an HD livestream, while shouting such things as “Let’s burn this shit down,” “We did this shit,” and “We took this shit.” Security guards also accused Sullivan of defacing statues while inside the Capitol.

John Sullivan even smashed a window of the Capitol — perhaps by accident — while inside:

And despite being detained on January 6 and questioned for an hour by both the Metropolitan PD and the FBI, John Sullivan was inexplicably released that very night.

But John Sullivan was not exactly a BLM or Antifa activist in good standing. Amazingly, Sullivan had been kicked out of and permanently banned from multiple Antifa communities because Antifa cell leaders suspected John Sullivan of being an undercover FBI-handled agent provocateur sent to land them in jail.

Honestly, the amount of shocking information contained in this one article is enough to rattle all conservatives. There is clearly a line between reckless insurgents and the events of Jan. 6th. And there is plenty of proof that this was never the intention of the typical MAGA supporter.

So, now what? We’re stuck with a joke for a President. Hundreds of conservatives are facing prosecution for their so-called crimes. Meanwhile, BLM and antifa are allowed to shut cities down with their violence, with no repercussions whatsoever. It’s almost too much to process all at once. But once you get through the bulk of the information, there’s just one question left to ask. 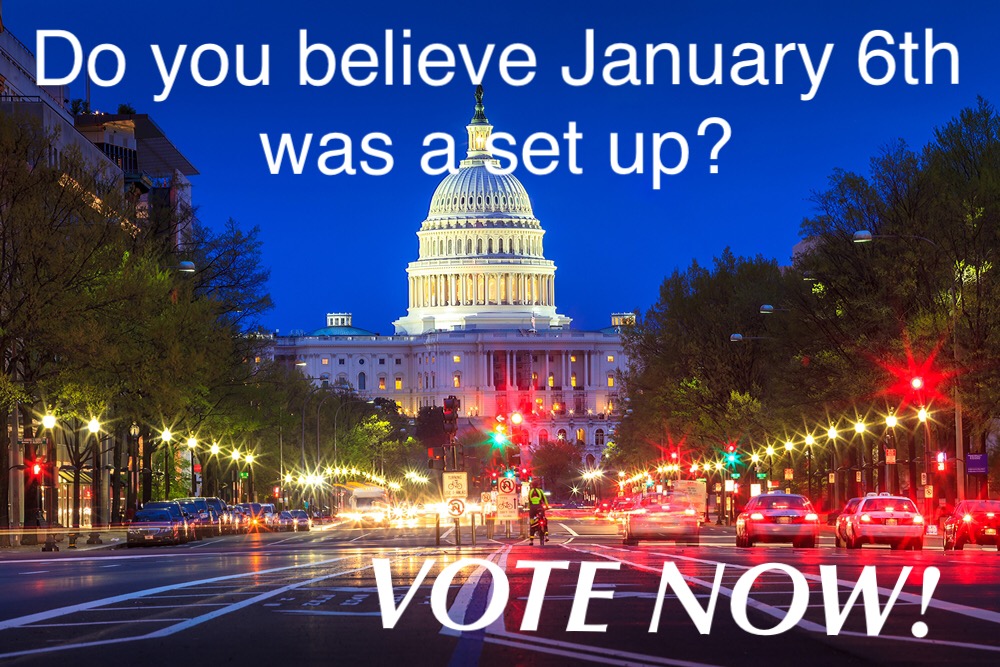