In what is undoubtedly location scouting for Free Willy – The Clinton Edition, the Clintons were spotted walking on the beach.

As I viewed the photograph, I couldn’t help but suggest a plot line. See if you agree. 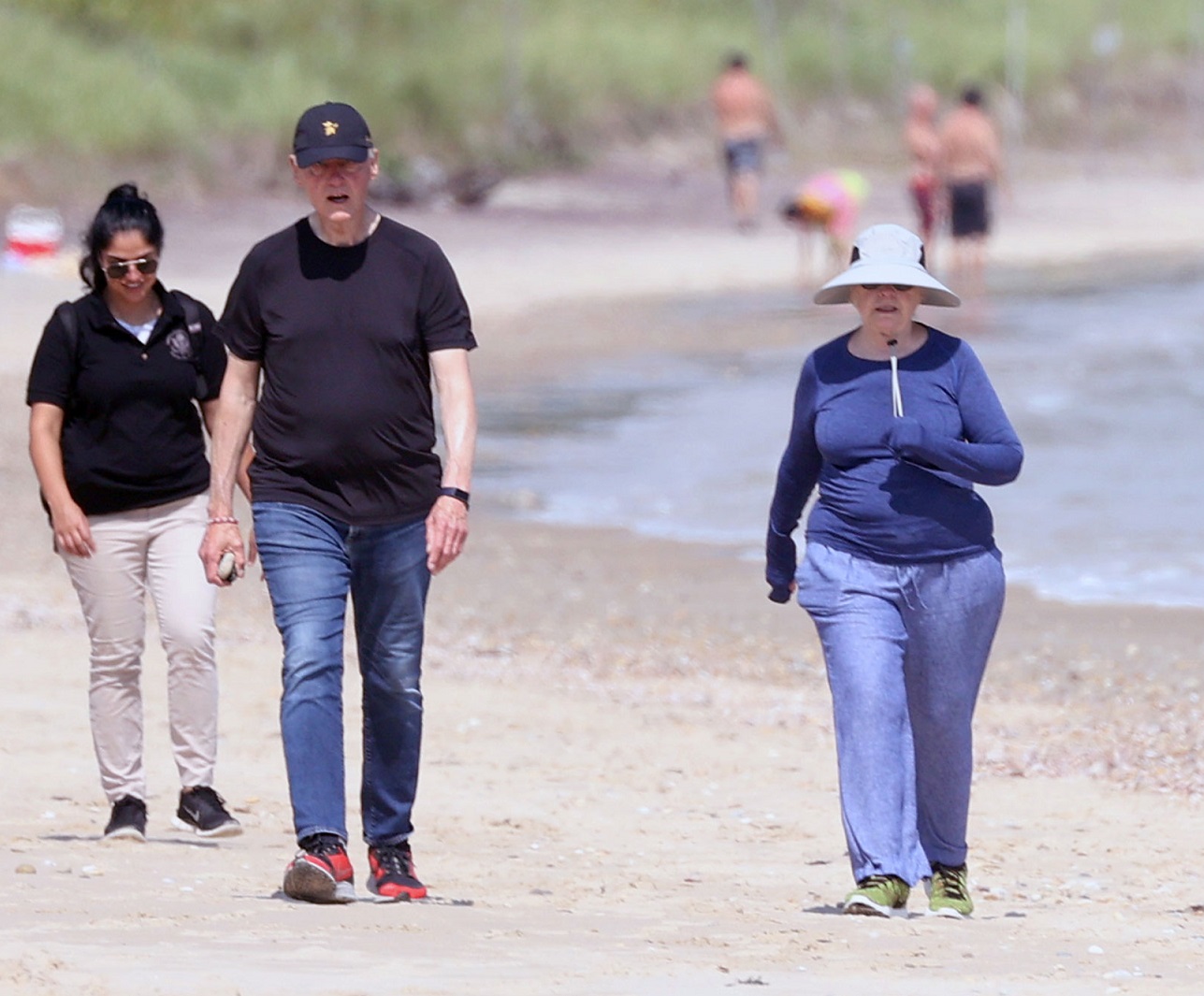 First, that chick to Bill’s right looks suspiciously like another chubby white chick of which Bill Clinton has carnal knowledge. I suggest to you that the distance between Bill and Hillary is intentional. I also noticed Bill is forming a set of man boobs.

I can hear Bill Clinton loudly in this picture: “Please FREE ME!”

The man doesn’t look like a guy celebrating 75 years of life. Yes, this was his birthday.

And Bill has had a pretty good life, rising from white trash to stardom at one point. While his star has faded, he remains a multi-millionaire and this side of prison bars. Still, Bill has that Hillary problem.

Next, while on the subject of “Free Willy,” is Hillary Clinton auditioning for the role of the whale? I’m no “sizist,” but damn this woman is packing on the poundage.

Here is how somebody else captured the moment between the “happy” couple:

Former President Bill Clinton and ex-Secretary of State Hillary Clinton were spotted sporting long pants — and long faces — while strolling on a Hamptons beach this week.

The sullen-seeming couple was covered up as they walked on the sand in sunny Amagansett on Tuesday, with Bill wearing a black T-shirt, jeans and a baseball cap and Hillary dressed in baggy blue pants, a long-sleeved top and hat.

Here is another picture of the couple. Bill Clinton appears to be giving Hills some bad news: 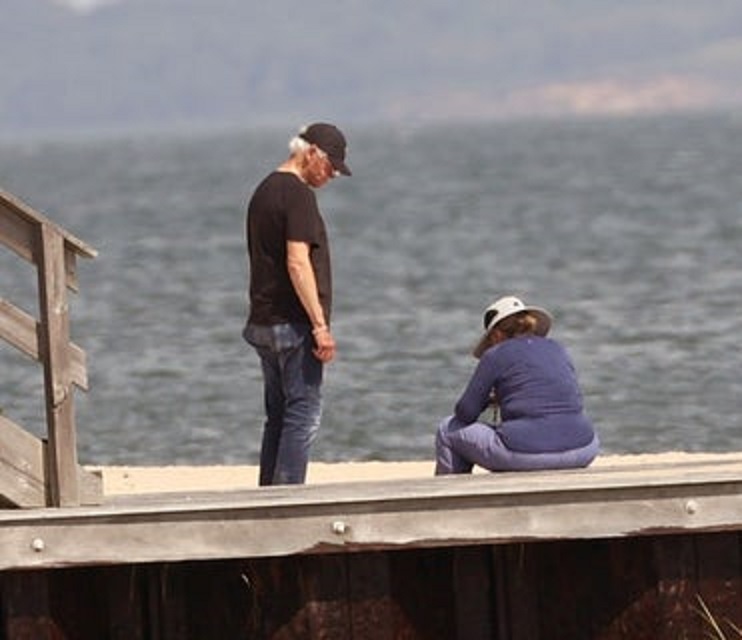