The Oval Office usurper could use some good news. Sadly for him and the Party of Lynching of Negroes, Biden won’t get any good news.

In what has become the norm, jobless claims nudged higher. Higher than predicted? Understand that the people doing the predicting are sandbagging. Predict low, and still Biden can’t hit the numbers.

And if you want some spin, we are told that the U.S. trade deficit hit its lowest level of the year in May. Easy to do, when you almost tripled the trade deficit last month. By the way, the only reason the trade deficit was reduced is because China has been on lockdown due to Wuflu.

Now the numbers. CNBC reported initial filings for unemployment benefits totaled 235,000 for the week that ended July 2nd. This number represents a gain of 4,000 from the previous period and slightly more than the 230,000 Dow Jones estimate, according to the Labor Department. I repeat, a low bar given all the available jobs in America.

As if things couldn’t get any worse, this total was the highest since Jan. 15th and raised the four-week moving average to 232,500, its highest level since December 2021. In a word, these numbers are pathetic.

When will Democrats admit that Biden is a pathetic loser?

Did you catch Biden reading the entire message on the teleprompter. These slips would be funny, except that we all realize that the leader of the free world is a braindead idiot.

Two-plus years to go, and Democrats want more of these painful episodes?

Google “Biden embarrassment” and you get pages of articles about Biden being an embarrassment. To himself, his family, and AMERICA! 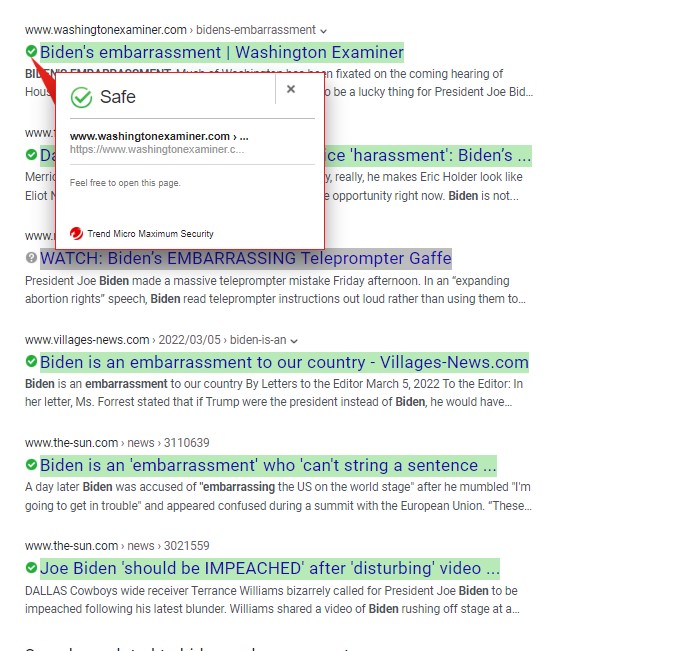 Let’s not forget about Biden’s other problems.

The Bidens could be a year of Jerry Springer shows. For example, notice how the media has dismissed Biden taking showers with his daughter. Holy Mother of Othello, where is this story? In the archives filed under “Tara Reade”?

And what about Biden shaking hands with…well, nobody? But do I really need to discuss what you already know about Biden’s dementia? A man too dumb to know what to read and what not to read.

Or what about his constant comments about not having permission to say certain things.

Worse, what about Biden’s Executive Orders? Most of them are illegal and the others are immoral. Simply put, Biden is as lost as last year’s Easter eggs. And so is anybody who voted for him or continues to support him.