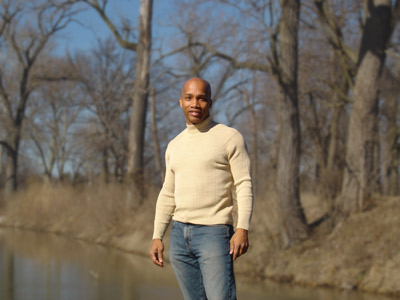 “What you learn about America is people are a lot less interested in race than they are in character.”   – Kevin Jackson, author, political commentator, and talk radio host.

Kevin Jackson, father of four sons, is a  political commentator, author, and talk radio host who some consider an unlikely success story.

He is a former management consultant whose clients have included some of the world’s largest companies. His interaction with prominent business leaders, as well as his own leadership experiences, have provided Jackson a real-world perspective to understanding American political and social issues, and led him to speak candidly about race and politics in America.

Jackson believes that empowerment comes when you know who you are and what you stand for. He is a talk radio host on Salem Communications out of Tampa, FL, and a frequent guest on other national talk radio programs. He is the author of  Amazon bestsellers, The BIG Black Lie, Sexy Brilliance and Other Political Lies, and his latest book, Race Pimping: The Multi-Trillion Dollar Business of Liberalism. Jackson is also a regular Fox News political commentator, and has appeared on The Glenn Beck Show, The O’Reilly Factor, MSNBC News, and other programs.

Jackson writes a regular blog, and is a syndicated writer for TakiMag.com.  He also contributes to Breitbart’s Big Government, Human Events and American Thinker. His work has been been featured in Townhall.com, and other national political journals and websites.

Along with being a Fellow at the Robert J. Dole Institute of Politics, Jackson earned his Bachelor of Science degree in Electrical Engineering from Southern Methodist University.  He owned his own manufacturer’s representative agency in Texas and served as the Vice President of Sales for a Dallas-based technology firm. Jackson has been part of the executive management team for various IT systems integration firms, notables being Hitachi Consulting and CSC Consulting. He has also provided management consulting services to some of the world’s largest corporations.

Jackson’ path to becoming a political commentator was not a typical one. Due to the death of his mother at age five, he was adopted and raised by his grandparents, who were staunch Democrats. He recalls, as a child, watching Ronald Reagan give a speech during his unsuccessful run for the presidency, after which he said to his grandparents, “Why are we Democrats, when what we believe is what that guy [Reagan] just said?”

That moment was pivotal: it became the birth of The Black Sphere and Jackson became a self-appointed “Offender of the Left,” sworn to set the record straight on the destruction of the black community at the hand of the Democratic Party.

Jackson says,  “I was just a poor kid, who was fortunate enough to have been exposed to what the world has to offer in a most unique way. I witnessed life through black and white, and through poverty and wealth. I have always held an optimistic outlook, and my grandparents instilled in me a “no-excuses mentality,” as well as a strong work ethic.

I am flawed for sure, but I make a choice to like what I see in the mirror, despite my flaws.  I strive to be a better person, and to give my best to all situations. I am a believer in God and family, and feel fortunate to have you read my words, thus giving me a voice.”

What Others Have to Say About Kevin Jackson…

“Kevin has the incredible gift of presenting his intellectual abilities and deep understanding of sociopolitical issues in a captivating way. I find his articles and presentations to be simultaneously informative, refreshing, uplifting, and witty.” – Laurencia C.D.L. duSantos, Clinical Psychologist

“Kevin has a profound ability to articulate what conservatives are thinking.” – Lynette Courtney Trammell – Mother

“Kevin Jackson …provides a refreshing blend of humor and logic in a time when the news media is one sided and full of lies. He is not afraid to challenge anyone’s opinion with truth and common sense.” – Jackie Wenger, Business Person

“Kevin, great piece on American Thinker.  I thoroughly enjoyed it.  There is a great movie in that story.  I would like to discuss it with you sometime.  Seems to me, there is a great message there.  And since my industry and the public school system across the country don’t feel it necessary to teach our children anything of redeeming value, we may have a great educational film that is also a great piece of Americana.” – Matthew Pletcher, Filmmaker

“Mr. Jackson your article on the black experience on the American Thinker web site is brilliant.  Where are men like you trying to motivate and educate our youth?  We must quit any blame games and move forward with positive actions.  Many thanks for your honest, logic and truth.” – Kelly Robson, Business Person

“You are telling your story in the vein of having learned from your life experiences rather than let each experience consume you.” – Faye Parrish, Accountant (retired)

“I enjoyed the story of your life.  I too, was very poor as a youngster but didn’t have the opportunity to live in good surroundings as you did at the estate of your parents’ employers…The winners lift themselves up and keep on going stronger than ever.” – Anna Lazo, Mother