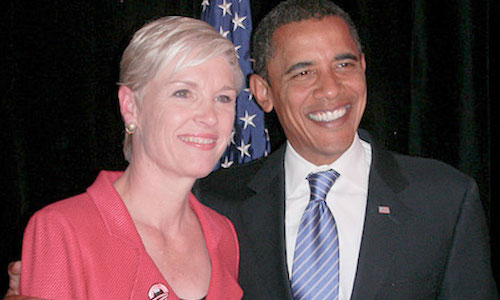 Since October 1, Obamacare was promoted as necessary to insure 30 million Americans.

But now the President’s healthcare chaos has morphed into an all-out effort to un-insure those who had health care policies they liked and could afford.

The excuse given for the cancelations is that certain policies are not meeting health care reform bill criteria — a minor detail the president has been well aware of since 2010.

What is criminal about all this is that despite his knowledge of the unstoppable cancelation tsunami headed our way, Barack Obama continued to stress that “if [Americans] liked their insurance they could keep their insurance.”

Weeks after the Obamacare “train wreck” began hurtling off the tracks, the president finally “apologized,” albeit halfheartedly, for not doing a “good enough job in terms of how we crafted the law.”

Meanwhile, the liberal focus remains steady on the goal to ensure that women are properly outfitted for casual sex. And that should the accoutrements fail for whatever reason, the means (abortion) to deal with the result (a baby) will be readily available.