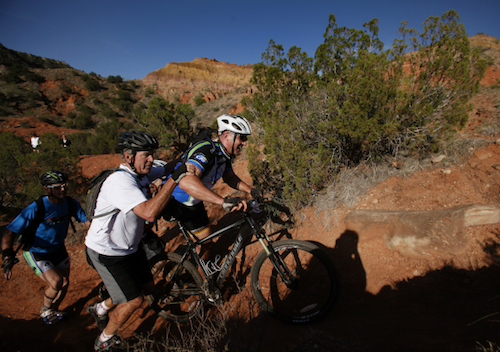 The Left has pronounced George W. Bush as evolved, and therefore…hip!

Nothing has changed, since Bush left the presidency with a 29 percent approval rating. So why the sudden surge in Bush’s popularity?

According to Vanity Fair, people under 24 are unaware of the anti-Bush sentiment, and only know the man for what he has done well. Bush is no Reagan in my eyes, but I have given credit where Bush was stellar.

For example, Bush loves America; of that I am certain. But his love of mankind is large as well, and he proved that in his policy to combat AIDS in Africa.

Obama quickly dismantled Bush’s work and fired key personnel, including a gay doctor who was likely the most critical part of that effort.

Obama must have been right to fire that homosexual, because Obama is black. Bush…well, he’s a white Republican.

George W. Bush is a bilingual. Obama is bilingual as well, he speaks English and occasionally “Austrian.” Some would say that he is fluent in BS, too.

Bush paints. And as Vanity Fair revealed in their article:

In February of this year, a hacker gained access to the e-mail account of Bush’s sister, Dorothy, and disseminated some of its content. Among the leaked documents: photographs of two of Bush’s painted self-portraits—the first America had ever seen—one set in a shower and the other in a bath tub.

The paintings were not bad (there was an Alex Katz–influenced cleanliness and flatness to them,as we noted at the time) and the Internet took notice. “More impressive than the painting’s aesthetic quality is the soul-searching introspection evident in the scene,” New York’s Dan Amira wrote. “Bush, slightly hunched, is standing out of the water, staring off into the corner of the shower, as if contemplating past sins that can never be washed away, no matter how much soap you use and how hard you scrub.”

What’s important here is not the generosity of the criticism but the assumption that Bush is capable of self-reflection. Bush appreciated art; an appreciation of art implies humanity, according to the enlightened classes; by the transitive property, Bush has humanity. War-mongers: they’re just like us!

Obama doesn’t paint, and he has others write his books. Obama’s only artistic talent is cheating in elections.

As for humanitarian efforts, well I did mention he dismantled Bush’s African AIDS policy. Oh, and Obama also took good schools away from black kids in DC.

However, in Obama’s defense, he was dismantling the white Republican former president Bush’s program.