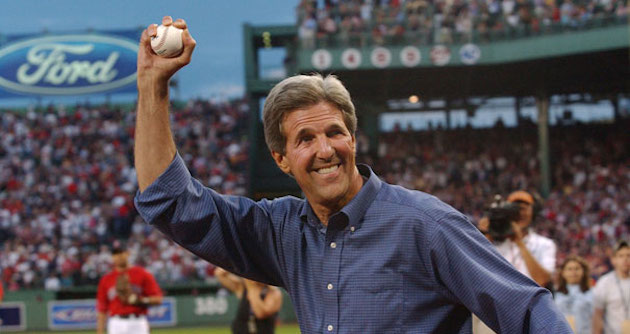 The examples that come to mind are all from Dems, though I imagine there is at least one Republican out there so insecure about his masculinity that he has to “fake it.”

It being a pretense of liking, much less following, sports. There is then-presidential candidate John Kerry attempting to win hearts and minds of Cheeseheads in 2004 by expressing his pleasure at being at “Lambert” Field.

It was Kerry again who when asked to name his favorite Red Sox player answered, “Manny Ortiz,” conflating the names of two other members of the team, Manny Ramirez and David Ortiz.

Of course, no list of make-believe sports fans would be complete without mention of our beloved president.

When asked to name his favorite White Sox player, Obama — a self-avowed Chicago sports fanatic — couldn’t name a single player, past or present…