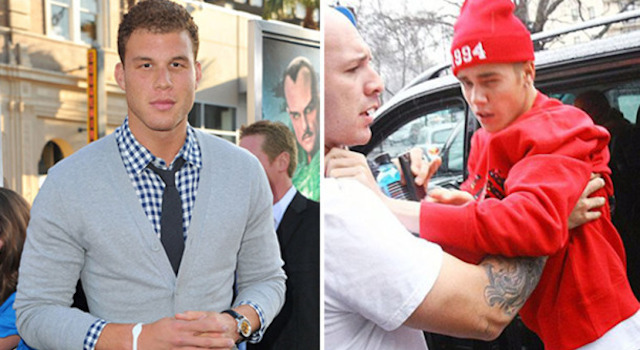 Justin Bieber is out of control, and his recent rant at a Hollywood Starbucks proves that this kid is ready to be a Democrat in Obama’s cabinet.

Bieber apparently attempted to order a Starbucks specialty drink, but was wearing no shirt. The Barista informed the Biebs he would have to put on a shirt to be served.

Well, snotty-nosed, droopy-drawer-ed brat that he is, started throwing a tantrum. And in a typical Liberal move, he threatened to have his body guard kick the barista’s butt.

Fortunately for Goldsmith, LA Clippers star Blake Griffin had been enjoying a drink at a table when he witnessed  the altercation and stepped in. Witnesses at the scene reported that Griffin tried to calm Bieber but the Biebs wasn’t having any of it.

There was more yelling, and some pushing and that’s when Griffin smacked Bieber, knocking him to the floor.  “He smacked the s**t out of him” said one witness, “then I saw Justin stumble out of the door looking like he was crying.”

Bieber was gone before police arrived at the scene.

What part of no shoes, no shirt, no service does Justin not understand? Perhaps if his parents had whooped the boy’s bottom a few times when raising him, he would have understood proper dress and manners.

Just another day in Hollywierd.