Last weekend, Democratic Senators Charles Schumer and seat mate Kirsten Gillibrand were aboard a US Airways flight from La Guardia to DC, when they were asked to turn off their phones per FAA regulations.

Self important Schumer thought the entire plane load of people could wait until he finished his conversation, but the flight attendant would have none of it.

As she walked away, Schumer said, “B*tch!” 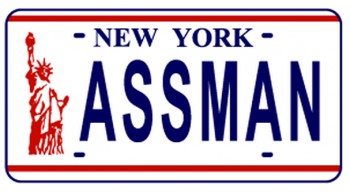 Schumer’s outburst was overheard aboard a US Airways flight from LaGuardia Airport to Washington on Sunday, as he and fellow Senator and seat mate Gillibrand were chatting on their cellphones when the plane’s captain told passengers to turn off their phones.

However, the two Democratic senators ignored the order and kept talking,  prompting a flight attendant to ask them to follow Federal Aviation Administration rules, according to a House Republican aide who was seated nearby.

Schumer asked if he could finish his call.  The attendant said “no” because the plane was waiting for him to finish so it could take off. Schumer ended his call, but then launched into an argument with her, claiming he was entitled to continue his chat until the cabin door was closed.

“She said she doesn’t make the rules, she just followes them,” the aide said, according to Politco.com.

In case you’re thinking that his female traveling companion scolded Schumer for his War on Women utterance, think again.