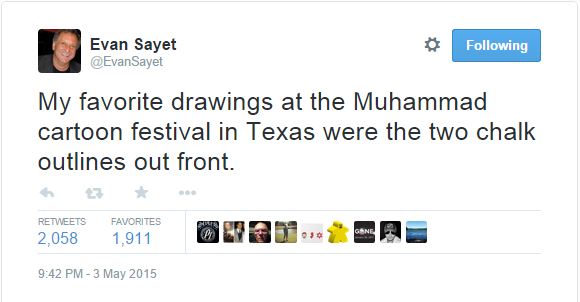 Charlie Hebdo won’t happen in TX, because Texans shoot back. Yes, Islam picked the wrong place to start a fight…

One of my friends said the Left will have a headline that reads:

Behold the “Religion of Peace”

The knives have been sharpened, soon we will come to your streets with death and slaughter! #QaribanQariba

Kill Those That Insult The Prophet – #GarlandShooting