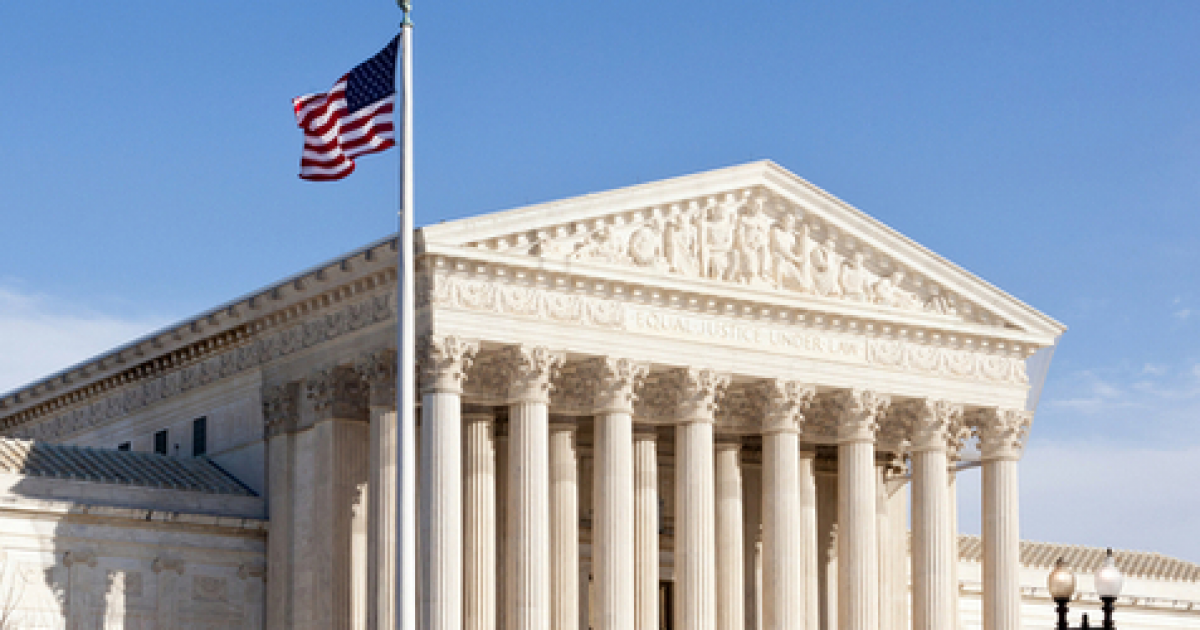 Friday’s Supreme Court Justice decision to make same sex marriage “The Law of the Land” is yet another example of America’s highest court usurping its authority by making law.  It started by taking prayer out of school, then legalizing abortion and now spits in the faces of all Christian organizations.

What do I mean by that?  You see “Marriage” is a Biblical term used by God to identify a sacred vow uniting a man and a woman together as one flesh.  Today any couple, gay or not, may be joined together legally through a civil union.  This affords them the exact same privileges as any married couple.  So why do they need to be married?  I believe it is to belittle Christians, sneer at God and destroy the family unit.

In Michael Swift’s “Gay Revolutionary” he shouts, “All laws banning homosexual activity will be revoked.  Instead, legislation shall be passed which engenders love between men.  The family unit–spawning ground of lies, betrayals, mediocrity, hypocrisy and violence–will be abolished. The family unit, which only dampens imagination and curbs free will, must be eliminated. Perfect boys will be conceived and grown in the genetic laboratory. They will be bonded together in communal setting, under the control and instruction of homosexual savants.  All churches who condemn us will be closed. Our only gods are handsome young men.”

Swift went on to exclaim, “We shall sodomize your sons, emblems of your feeble masculinity, of your shallow dreams and vulgar lies. We shall seduce them in your schools, in your dormitories, in your gymnasiums, in your locker rooms, in your sports arenas, in your seminaries, in your youth groups, in your movie theater bathrooms, in your army bunkhouses.”  No longer can the left proclaim these are statements merely from the radical side; for as you see all of his calculations have come to fruition.

This decision is simply the final nail in the “We hate Christianity” coffin.  It seems any conclusion, resolution or argument that demeans Christians or Christianity is encouraged in America these days.  One of the signs held by one of the onlookers in Washington D. C. read, “Our Constitution is ‘our shield’ against Biblical based discrimination towards our gay friends and neighbors.”  The term “our shield” is from a prominent verse in the Psalms, “The Lord is our shield”.  One more endeavor to scoff at God.

This decision also is an endeavor to mock the Constitution.  The Supreme Court was not to make law; in fact, Thomas Jefferson had a great dislike and distrust of this branch of the federal government.  He knew the justices could disregard their function and make law rather than interpret it. On September 6, 1819 he wrote, “the Constitution is a mere thing of wax in the hands of the judiciary, which they may twist and shape into any form they please.”

This is what the Supreme Court has been getting away with for way too long.  In fact, Jefferson wrote a letter pleading with Justice William Johnson on June 12, 1823 to, “on every question of construction, carry ourselves back to the time when the Constitution was adopted, recollect the spirit manifested in the debates, and instead of trying what meaning may be squeezed out of the text, or invented against it, conform to the probable one in which it was passed.”

America has come to the point where it publically admits it has no problem with the branch of the government making law. In the discussion on the “Today Show” Savannah Guthrie revealed, “The court has essentially taken this issue away from the democratic process.”  When she pronounced this, it was not as though it was illegal or even something bad; yet what she said was the Supreme Court had just made a law or in layman’s terms, they committed treason.  It does not make a difference where you stand on an issue; what should concern you is five non-elected individuals making law verses 218 elected individuals in the house and 51 elected individuals in the Senate and an elected president all signing off on making a law.

President Obama praised the Supreme Court exclaiming how “this ruling will strengthen all our communities.”  What a lie that was!  It not only does not strengthen our communities, it divides us even further.  This came from a president who was totally unsure of the name of the individual who brought this before the courts and who totally bumbled Robert Kennedy’s quote referring to “The Ripples of Hope.”

America was created because of the founders’ belief in the Creator.  The First Amendment was not shaped to protect pornographers, wickedness, immorality, atheists or other non-believers; it was shaped to protect one denomination or sect of Christianity from taking authority.  In Supreme Court Justice Joseph Story’s commentary of the First Amendment’s original meaning he clarified, “The real object of the First Amendment was not to countenance (tolerate), much less advance Mohammedanism, or Judaism, or infidelity, by prostrating (subduing) Christianity, but to exclude all rivalry among Christian sects (denominations) and to prevent any national ecclesiastical patronage of the national government.”

There it is plain as day, and yet today it is politically correct to hate Christians, belittle Christianity and rationalize them as the enemy of America.  If it were not for Christians, slavery would still exist, women would not have the right to vote, and America would not exist.  Evil, wickedness and malevolence has so intimidated those that created this great country that we have been afraid to speak out against those treasonous leaders.  Well, I am speaking out now, and asking those with the authority and ability to take those leaders to court and righteously charge them with the treason they have committed.