President Trump trolled the Democrats ahead of the debate when he alluded to Biden needing drugs to function. While he’s not joking, he stopped short of demanding that Biden be drug-tested.

However, Trump does want to make sure that Biden receives no additional help. Thus, he wants a third-party group to verify that neither candidate has earpieces.

CLEVELAND — President Trump is asking for an additional ground rule [sic] ahead of Tuesday night’s first presidential debate between himself and Democratic presidential nominee Joe Biden.

Fox News has learned that the president’s re-election campaign wants the Biden campaign to allow a third party to inspect the ears of each debater for electronic devices or transmitters. The president has consented to this kind of inspection, but Biden has not, so far, sources said.

How clever of President Trump to make this new demand. More for Biden’s overtaxed brain to have to consider.

When you consider how much Biden relies on his teleprompter, one can only imagine who’s “in his ear” as we say in the biz. Handlers correcting him during his on-air interviews. Or just trying to keep his brain from going into the weeds. Yet, Biden almost always ends up there.

Now the Trump campaign is determined to test him. No potential outside help means Biden must do his own thinking. And as a guy who uses his brain to do radio, TV, and other media, I can attest that the brain gets tired.

Over the last several weeks, the former vice president’s campaign has also requested two breaks — one every 30 minutes — to break up the 90-minute commercial-free program. But that request has been denied by their Trump counterparts, Fox News is told.

No breaks. Biden will need to prove his physical and mental stamina. 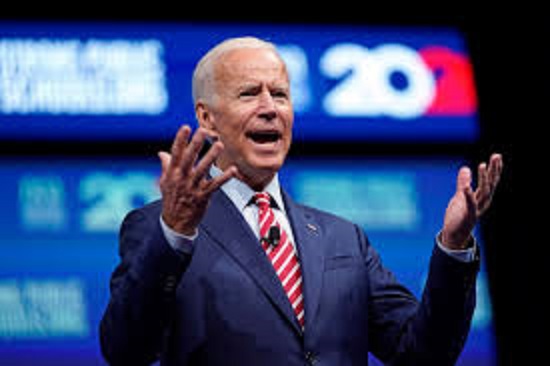 For Trump 90 minutes is a warm-up. Trump can talk for hours; meaningful talk. For Biden, 90 minutes will prove to be his complete workout.

Years ago, when I trained for fights, my cardio was 60 minutes at least. Workouts were 4 hours. That’s Trump’s routine.

But when I quit fighting, I went into maintenance mode. And now a good hour of cardio might be the entire workout. Fine for fitness; but not to get in the ring.

It was reported the other day that Biden sent the press home before 10A. He said that he was done for the day.

I don’t know if that story is true, though I read it in multiple outlets. As for checking earpieces, same. But I wouldn’t be surprised on either.

Just the thought of checking Biden’s earpiece sent that old fool running for the hills. Because Biden can’t function without handlers. We’ve seen it when Biden makes public appearances, and most of these were staged. But in the debates, Biden will stand front and center. And against one of the most interesting debaters in history.

Trump has his record and his scrappy nature on side. Biden’s only arrow in his quiver is to simply not screw too badly.