Fraudci has a lot of faith in the CDC. He and other Leftists use the CDC as the end-all-be-all for “science” in medicine. But the CDC is run by quacks.

Take a look at thalidomide if you want to put what is currently happening with the Wuflu in perspective.

Drug stores in German offered the drug over-the-counter based solely on the maker’s safety claims. They advertised their product as “completely safe” for everyone, including mother and child; “even during pregnancy.” Chemie Grunenthal claimed that it “could not find a dose high enough to kill a rat.”

Thalidomide marketing seems eerily similar to that of the Wuflu vaccine. Because how can you have tested a vaccine that’s barely a year in development on pregnant women?

In April 1962, the FDA finally revealed a startling fact. Thalidomide had been distributed widely as samples in a clinical trial. At the time, the media barely covered the announcement. Because the FDA claimed that no women who took the medication had so far delivered a baby with birth defects. They were horribly wrong.

According to one article,

Details emerged over the coming months and in early August 1962, newspapers reported that Richardson Merrell distributed more than 2.5 million doses of thalidomide to more than 1,200 U.S. doctors. By the time the company filed the NDA, its clinical trial had evolved into an unauthorized marketing program.

According to an internal FDA memo dated October 2, 1962, the “Manual” used by salesmen “shows that the doctor was provided with information assuring him of the safety of the drug…”

With an estimated 40 percent infant death rate and an unknown number of miscarriages, the damage caused by the reckless distribution of thalidomide samples to pregnant women in the United States is staggering. 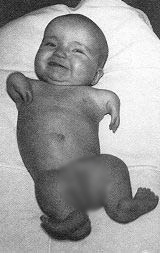 Now you may realize why frauds like Fraudci are so important. They are paid shills to sell Americans on the safety and effectiveness of deadly vaccines.

But thalidomide wasn’t just deadly. The birth defects are horrible. 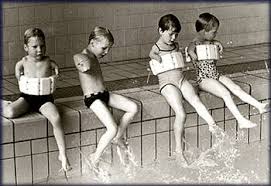 But don’t expect Fraudci to admit that not enough “science” has been done with Wuflu vaccine testing on pregnant women. Not from ANY of the companies manufacturing this death serum.

I dare anybody to debate me on these vaccines. The CDC and others have no more science supporting this nonsense than your next Uber driver.

Just remember these pictures. And every time you see a person with distorted limbs, remember the CDC and how much it protected Americans.

How Much Should Trump Sue Hillary For?
The Black Sphere