Mark this as “What were you thinking?” Now, in this time of leftist lunacy, Lincoln Center hosted an event to honor a woman who praised none other than Usama bin Laden.

If you guessed this is all tied to the #StopAsianHate campaign liberals are using to keep the anti-Trump emotions alive, then you guessed right. God forbid America start to see the truth of Trump’s presidency alongside the reality of the shit-show we’re now subjected to. It’s much better to flood us with images of a hateful, ugly society. And then sprinkle on a few leaders we should never be proud of.

She endured Japanese American internment during World War II and later helped convince the government to apologize and repay the victims, she opposed U.S. involvement in Vietnam and befriended Malcolm X – all before she said she “admired” Usama bin Laden following the Sept. 11, 2001 terror attacks.

As police departments around the country report increasing hate crimes against Asian Americans, New York City’s Lincoln Center hosted a pop-up performance to honor the civil rights activist Yuri Kochiyama on what would have been her 100th birthday this week during Asian American and Pacific Islander Heritage Month.

The California native spent most of her adult life in the Big Apple. But even though she adopted New York as her home, in a 2003 interview with The Objector magazine, she praised the man responsible for a horrific attack that killed 2,606 of her unsuspecting neighbors on a sunny Tuesday morning.

Personally, I’d like to know who was responsible for picking this woman as the person to honor. Surely, a Google search easily identified Kochiyama as a staunch anti-American. But, hey, she can explain.

Basically, it’s that old ‘the enemy of my enemy is my friend’ excuse.

“I’m glad that you are curious why I consider Usama bin Laden as one of the people that I admire,” she told the interviewer. “To me, he is in the category of Malcolm X, Che Guevara, Patrice Lumumba, Fidel Castro, all leaders that I admire. They had much in common. Besides being strong leaders who brought consciousness to their people, they all had severe dislike for the U.S. government and those who held power in the U.S.”

So critics, some center employees among them, blasted the move to honor her in New York City’s leading performing arts venue – just months before 20 years will have passed since the terror attack. (Navy SEALs finally caught up with him 10 years ago this month.)

Kochiyama was also adamant about visiting Peru’s Communist Shining Path in 1993, according to a 2005 biography by Diane Carol Fujino. The Maoist guerilla group was designated a terrorist organization by the U.S. government and had a record of torturing, raping and assassinating civilians over ideological differences, according to Human Rights Watch.

But she’s Asian, and right now, the world is looking for Asians to exploit. So why not have a pop up celebration? I find it intriguing that this wasn’t a well-planned for event.

In fact, none of the artists who performed that night wanted to comment on the situation. Could it be they were duped into believing Kochiyama is someone to be proud of? I mean, there is a famous picture of Kochiyama and Malcolm X in his final moments. Surely, that gives her street cred. Right? 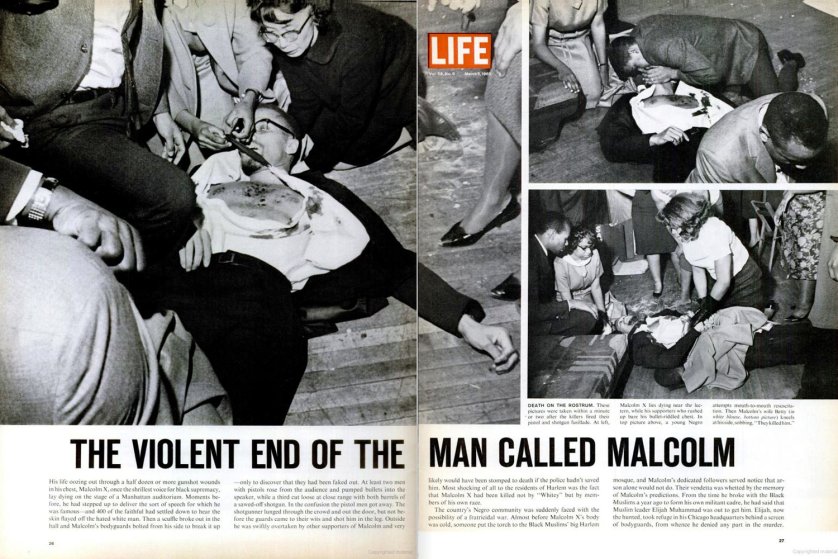 You can bet these liberal antics will continue. Especially when the biggest clown of the circus is sitting in the top chair. In fact, Creepy Joe is milking this latest leftist campaign for all it’s worth.

President Biden on Thursday signed a bipartisan bill into law that aims to address the rise in hate crimes against Asian Americans and Pacific Islanders. It passed 94-1 in the Senate and 364-62 in the House.

I’m disgusted to see Biden claim any bipartisan victory. Especially one based on inflated hate. The man has no morals. Not one. And you can bet, by the time he learns this story, it will take on a life of its own.

Biden’s claim will be that he went over to Lincoln Center, and passed out an award. Because he was the one who introduced Kochiyama to Malcom X and took her to her first Vietnam protest. And he shares her love for bin Laden and other terrorists. Now, thanks to his three degrees, Biden single handedly solved the Asian hate problem in America. Right after he cured cancer in the name of his dead son. Let’s toss in the wife and baby for good measure. Hallelujah, Amen, somebody get the Holy water. I think Biden’s about to need Jesus! Again.