The Left have discovered the dirty not-so-secret secret about themselves: they are intolerant idiots.

In this interview by CNN host Brian Stelter, a former op-ed editor of the The New York Times, namely Bari Weiss, goes off on the Left. Cabot Phillips of The Daily Wire documented the interview on Twitter:

CNN accidentally let someone tell the truth on air…

In this interview, Stelter makes the cardinal mistake of asking a question to which he doesn’t know the answer. And when it comes to sane questions, Stelter doesn’t have a clue.

Thus, he asked this question, “So in what ways has the world gone mad?”

At this point, Bari Weiss shot both barrels, opened up a six-pack of whoop ass, and she was only getting started:

“Where can I start? Well, when you have the chief reporter on the beat of COVID for The New York Times talking about how questioning or pursuing the question of the lab leak is racist, the world has gone mad.

When you’re not able to say out loud and in public there are differences between men and women, the world has gone mad.

When we’re not allowed to acknowledge that rioting is rioting and it is bad and that silence is not violence, but violence is violence, the world has gone mad,” Weiss said.

“When you’re not able to say the Hunter Biden laptop is a story worth pursuing, the world has gone mad.

When, in the name of progress, young school children, as young as kindergarten, are being separated in public schools because of their race, and that is called progress instead of segregation, the world has gone mad. There are dozens of examples.”

But Stelter must have been on drugs and didn’t feel pain from the shotgun pellets through the thrashing. Thus, he offered a follow-up question: “Who’s to blame?”

Round 2 of the onslaught commenced, as Weiss replied, “YOU!”

“People that work at networks like, frankly, like the one I’m speaking on right now, who try and claim that it was racist to investigate the lab leak theory,” Weiss shot back, adding later that CNN and the MSM’s actions were “disinformation by omission.”

It’s not the first time Stelter’s taken a beating on his show in recent months. Michael Wolff who wrote the Trump book exposé (that ironically exposed Michael Wolff) actually gave Brian Stelter some amazing advice. Wolff let Stelter know that when it comes to Fake News, he’s a big part of the problem.

Who is Bari Weiss?

From 2013 until 2017, Bari Weiss was an op-ed and book review editor at The Wall Street Journal. She left the journal to join the New York Times as an op-ed staff editor and writer about culture and politics.

On July 14, 2020 Weiss announced her departure from The New York Times. She published her resignation letter on her website criticizing the Times for capitulating to criticism on Twitter. Also, she scolded them for not defending her against alleged bullying by her colleagues.

In her letter Weiss said, “Stories are chosen and told in a way to satisfy the narrowest of audiences, rather than to allow a curious public to read about the world and then draw their own conclusions.”

Further she wrote, “Twitter is not on the masthead of The New York Times, but Twitter has become its ultimate editor.”

But Weiss is not some right-wing conspiracy nut. In fact, according to The Washington Post Weiss “portrays herself as a liberal uncomfortable with the excesses of left-wing culture.” And she has sought to “position herself as a reasonable liberal concerned that far-left critiques stifled free speech.” Finally, in an interview with Joe Rogan, Weiss described herself as a “left-leaning centrist”.

Trust that many (former) Leftists believe as Weiss does. And they are leaving the Democrat Party in droves. 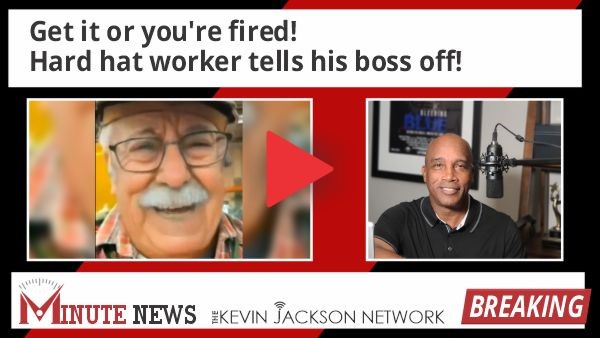