Remember when we lived in simpler time? Nancy Reagan broke it down for everyone.

For those leftists still confused, let me explain. Drugs are dangerous. They erode your brain. So why would the government assist you in frying your brain?

I hate to restate the obvious, but living as a leftist takes a certain amount of stupidity. Thus, frying a few braincells is quite beneficial for Democrats. Am I starting to make sense here? Or is this just a bit too perplexing?

At the start of the week, Kevin Jackson wrote that “Biden racial equity includes crack pipes.” At first, I thought it was a joke. A piece of satire befitting the Babylon Bee. Turns out, it wasn’t sarcasm at all.

Beginning in May, the Biden administration plans to fund local governments and nonprofit groups to provide free safety materials to drug users, including free crack pipes for some reason.

In case you wonder where the racial element is, understand that fund recipients are required to prioritize aid to minority and LGBTQ addicts in keeping with the Biden administration’s requirements to advance racial equity.

The Biden administration is set to fund the distribution of crack pipes to drug addicts as part of its plan to advance “racial equity.”

The $30 million grant program, which closed applications Monday and will begin in May, will provide funds to nonprofits and local governments to help make drug use safer for addicts. Included in the grant, which is overseen by the Department of Health and Human Services, are funds for “smoking kits/supplies.” A spokesman for the agency told the Washington Free Beacon that these kits will provide pipes for users to smoke crack cocaine, crystal methamphetamine, and “any illicit substance.”

Interesting that no funding is given to help prevent drug abuse. Instead, Biden believes solving the problem involves enabling crackheads. Crackhead thinking from the father of the world’s most notable crackhead.

Not five minutes after publishing that article, my phone started to ring.

The most common question I fielded was simple: “Is this for real?” But my sister went on a thirty minute rant. She’s lucky it wasn’t a video chat and that I wasn’t recording, because smoke literally exited her ears with every sentence. But she made some great points.

I could go on, but you get the drift. Nothing about this comes off a good governing. Thank God the GOP is stepping in.

To be fair, the White House denies they planned to fund crack pipes. Sure. And they didn’t cheat their way into office either. But for those of us who might believe differently, it’s nice to see the GOP putting a few safeties in place.

A pair of Republican lawmakers authored new legislation to ban federal taxpayer dollars from funding crack pipes, needles and other drug paraphernalia, following a firestorm over a viral report that alleged the Biden administration would be funding crack pipes for addicts.

Reps. Lauren Boebert of Colorado and Dan Bishop of North Carolina said in an exclusive joint interview with Fox News Digital that the Biden administration got caught “red-handed” trying to fund crack pipes as part of a $30 million grant program and that legislation is needed to stop the “ridiculous” proposal.

“Congressman Bishop and I are standing up and saying, heck no,” Boebert said. “Our tax dollars should not be funding the death and destruction of crack addicts. Democrats are always putting the American taxpayer last and Republicans just want to give people in need a good job. Democrats want to give them crack pipes.”

They’ve introduced the Halting the Use of Narcotics Through Effective Recovery Act this week, dubbing the bill the HUNTER Act, in reference to President Biden’s son, Hunter Biden, who has openly struggled with drug addiction.

“I like the HUNTER Act,” Boebert said in an interview, “because it was a better acronym than Stop Paying to Subsidize Biden’s Son’s Drug Addiction act. That didn’t really flow. I think tax dollars have been on the hook for Hunter’s addictions long enough.”

Bishop also took aim at more progressive drug policies such as safe injection sites, needle trade-ins, and safe smoking kits. He said such programs try to “remove all stigma” from drug use, when “actually stigma is not a bad thing.”

“The HUNTER Act is a means of encapsulating how ridiculous public policy can become when it’s in the hands of the woke,” Bishop said.

The Hunter Act has the White House and HHS backpedaling.

They want to deny the crack pipe funding, despite the fact that “smoke kits” is part of the grant documents, along with syringes and other “safe drug use supplies.” Still, the so-called fact-checkers continue to battle it out. Even crack-pipe memes are being censored. Apparently, Biden will gladly let you smoke, but joking about it, completely out of the question.

However, I’ve never been one to shy away from inappropriate comedy, as it is my belief that the funniest jokes are grounded in truth. Thus, I leave you with this. 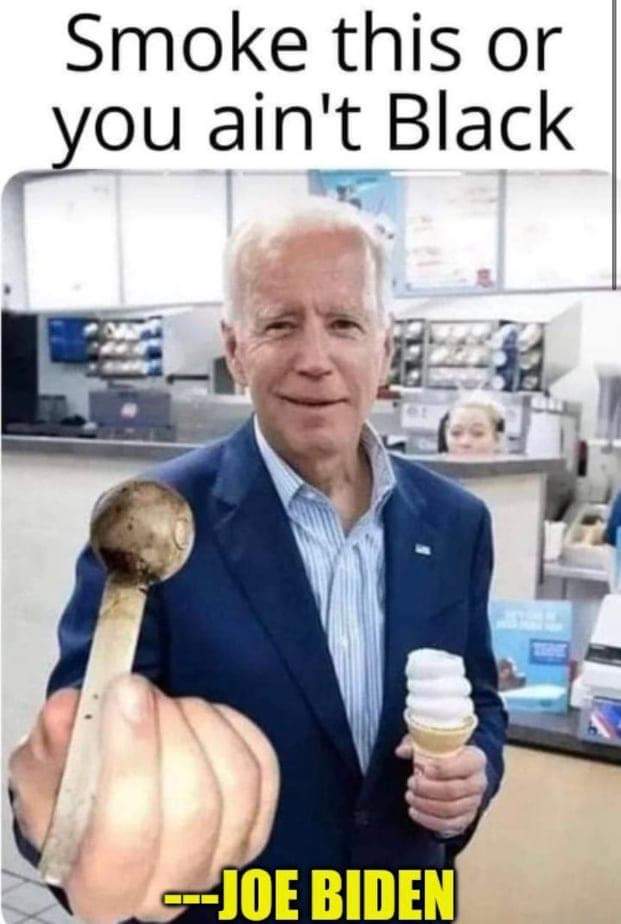