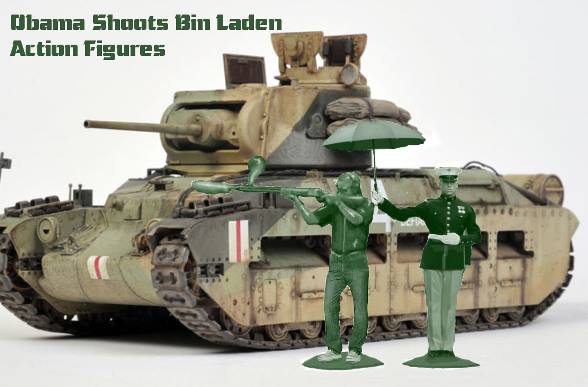 In light of the scandals taking place in the Obama administration, the White House has released previously classified items to remind us that Obama killed Osama bin Laden.

The White House unveiled new Obama “action figures” in hopes they will distract Americans from Obama’s miserable presidency. The set comes complete with UN tank and Marine holding the umbrella over Obama, as Obama takes the “kill shot.”

Every child in America should have this action figure to replace his toy guns. Who needs a gun, when America has a true “zero” like Obama as its Commander in Grief?