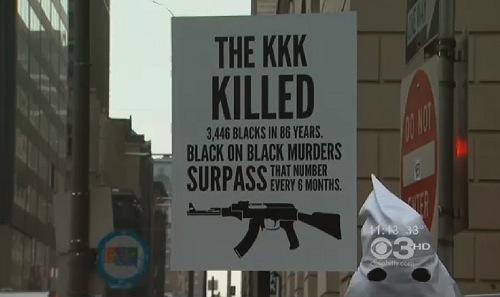 As far as the Trayvon Martin situation goes, acquittal or no acquittal, the whole event and subsequent trial is a tragedy.

And Skittles and iced tea or not, 17-year-old Trayvon should never have been lurking about in a hoodie between buildings on a dark rainy night in a townhouse complex. Now, regardless of how or why this boy died, a child is dead and will never have an opportunity to grow out of the typical youthful foolishness which ultimately cost him his life.

And for every hoodie-wearing thug out there who’s now blaming George Zimmerman for Trayvon’s death, know this: the behavior of those who give good, upstanding young black men a bad name are ultimately much more responsible for Trayvon’s death than one legally-armed, American citizen defending himself against an out-of-control teenage boy slamming his “crazy ass cracka” head against a concrete walk.

Instead of blaming racism for profiling a black kid strangely meandering around in the dark on a drizzly night, how about placing the blame at the feet of all the black youth…