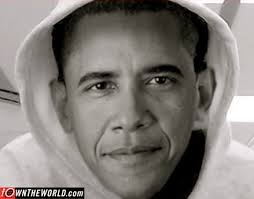 All the hoopla over the Zimmerman verdict, the threat of violence, and all the other predictions that the media and the Obama administration and race-pimps ginned up, and poof…nothing. The biggest civil rights trial of the new millennium, right?

Where is Obama on claiming Trayvon Martin as another family member, a stepson, a God-son perhaps? Where is Department of Justice on filing a Civil Rights’ lawsuit against George Zimmerman? Where is the civil lawsuit that’s been threatened by Trayvon Martin’s family?

After the verdict, the Martin family’s lawyer, Benjamin Crump, told ABC’s “This Week” that his clients were considering a suit against Zimmerman.

“They are going to certainly look at [a lawsuit] as an option. They deeply want a sense of justice. They deeply don’t want their son’s death to be in vain,” he told ABC.

They won’t file a lawsuit, neither will DoJ; and Obama won’t speak about Trayvon any more. The Trayvon Martin situation has been milked as far as it can go under that banner, and the distancing from it has begun. Because the TRUTH will expose Trayvon, his parents, and the race-baiting Left.

In a civil trial, no longer would the Leftists be able to characterized a miscreant headed for the po-po, as an innocent little teen. The real truth would create problems for lots of entities. Careers depend on this story dying a quick and painless death. How much evidence was suppressed in this trial, that this time will be exposed?

Obama and his minions won’t let either of these lawsuits happen, because they MUST protect the fake legacy of Trayvon Martin. If that legacy blows up in their faces, they could grind the money-train to a halt.

The truth will not set you free. – some Liberal

What you will see is shifting of gears to stories about sentencing guidelines, stop and frisk, and other statistical nonsense. But soon you won’t hear the Trayvon Martin name associated with any of it. It will go back to business as usual.