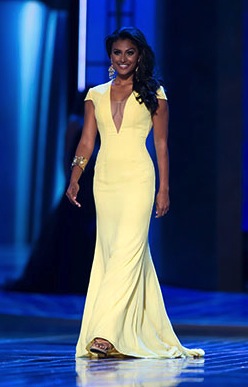 Don’t be fooled by all the hoopla over the selection of Miss America.

Democrats are behind this racist attack against the new Miss America. And it’s mainly black Liberals asking why Miss America is always European. So much for learning about geography in government schools.

Conservative Americans could not care less the nationality of the young lady who wins this pageant.

Just like with our president, we only care that she is American! How embarrassing would that be if Miss America were a citizen of say…KENYA!

What Conservatives know is that the young lady selected as Miss America will be beautiful and poised, and would make any father proud to have her as his daughter.

The title is given to her, simply because she is some token, but based on her abilities.

But leave it to the Left to make an issue where none exists.

Anybody recall Caressa Cameron, Miss America of 2010? She is obviously black, as in of African descent. Anybody care?

And what about Erica Dunlap, Miss America 2004? I’m just going off the photo, but I believe she is black?

And there are other Miss America’s of color, but I think I have made my point.

Conservatives are ready for a Miss America of ANY culture. Because American women are beautiful, regardless of what part of the mosaic from which they hail.

To become Miss America, it’s about all-around beauty. And America has proven time and again that we see beauty in all colors and cultures.

Democrats like to use ANY issue to drive a meme. They know that most of the “least common denominator” only looks at the headline to make a decision on where a story goes.

We congratulate you, Nina Davuluri, on representing the real America.