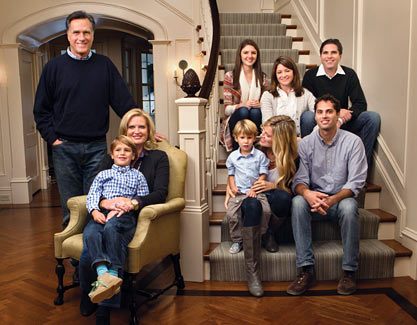 Liberal blacks can’t STAND when white folks want to actually LOVE black children in need of families. They say that these black children won’t know what it’s like to be black. Translated: Black children adopted by white families can avoid JAIL!

I should know, because my team helps over 100 of these children a year find their forever families, usually as sibling units. White families WANT to adopt what Liberals believe are “throw away” children. And black Liberals are the most ignorant of all, essentially creating these children (I give them credit for not aborting them in the womb), but rarely adopting them. Then when whites step in, these disingenuous black racists complain.

“Let that black child become a thug and have no future like the majority of black people.” – Stupid black Liberal

As reported in Twitchey, black racists say that the Romney family is going to make a slave out of the black child they adopted. If that is the new definition of slavery, then I hope the Romneys adopt me!

Leave it to black racist Liberals to want to deny a black child a great future.

By the way, with the taxes the Romneys pay, they already have adopted an entire city of ignorant black people. As for the Obamas, don’t expect them to adopt anybody’s burden.