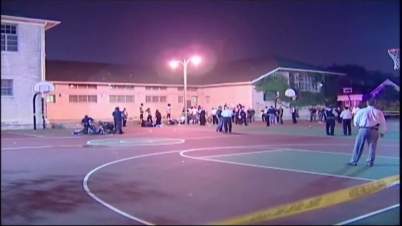 What better time to ignore the suffering of the relatives of the deceased, and to start politicizing guns. It does happen occasionally…that is when Liberals are so quiet you can hear a mouse piss on cotton. It happens when it’s LIBERALS FAULT.

The fact is most shootings are the fault of Liberals. They either drive people crazy enough to perform mass executions. Or, Liberals create gun-free zones, where criminals have easy pickin’s.

We heard all about the Navy yard shooting, but little has been discussed about the Chicago shooting recently where 13 people were shot, including a 3-year old girl. Liberals don’t like to report about the violence they know they can’t spin. Can’t blame Republicans when black people are shooting black people in droves, and with HAND GUNS! Hang guns they aren’t supposed to have, because the Liberals made sure of that, right?!

There was one Liberal who dared to weigh in on this under-reported story, and it was Chicago’s uber Liberal top cop. According to the Chicago Tribune:

Chicago Police Superintendent Garry McCarthy said a mass shooting at a South Side park shows why assault weapons should be banned, saying it was a “miracle” no one was killed when someone opened fire with a high-powered rifle at a pick-up basketball game.

“A military-grade weapon on the streets of Chicago is simply unacceptable,”  McCarthy told a news conference this morning, 12 hours after a 3-year-old boy and 12 other people were shot during at Cornell Square Park. All are expected to survive.