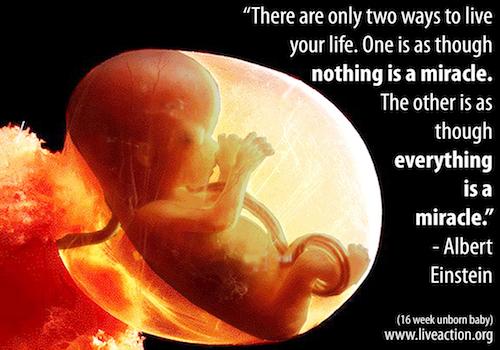 I want to share a story I read at the Boston Globe. It’s from the beginning of this year, but it will be relevant forever. It shows the inherent good of humanity…but it also highlights the extreme danger we face from a pro-abortion government.

In late 2012, Mary and Mark Gundrum, of Milwaukee, learned that their unborn baby boy had an encephalocele – “a rare disorder in which part of the brain was exposed, covered in skin, outside the head.” In other words, the baby’s face hadn’t fused properly, leaving a huge gap separating the halves.

This is the sort of diagnosis that all too often results in abortion – via pressure from doctors, family members, and even spouses. But the Gundrums performed the ultimate act of love: they chose life for their baby.

So Dominic was born, and the encephalocele was severe. (You’ll notice, though, that every picture shows him smiling!) Mary and Mark immediately sought out a skilled surgeon willing to help them, and they found him at Boston Children’s Hospital.

Surgery, of course, would be very expensive and time-consuming, requiring a several-week stay over a thousand miles away. So Mary and Mark did what they had to: with utmost humility, they asked for help. They posted their petition online…and dozens of total strangers flocked to their aid.