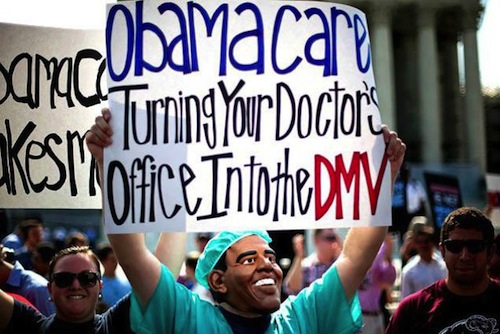 The horror stories have started on the Affordable Care Act, aka ObamaCare. It’s like leaking that a movie sucks before the premiere.

Additionally, even youngsters are realizing that old hippie Liberals are expecting to get their healthcare paid by the Gen-Ys. We warned these putzes.

We told them the “youts” of America that they were lambs being led to slaughter. We warned them that the educations they got didn’t prepare them to think for themselves, so they were susceptible to snake oil salesmen like Obama.

Their parents are no smarter. And their grandparents are the self-indulgent Liberal beatniks who, like their grand-kids, expect something for nothing. But alas, the Affordable Care Act is anything but.

Here are just a couple examples of the thousands of #ObamacareFAIL tweets burning up Twitter since the rollout! 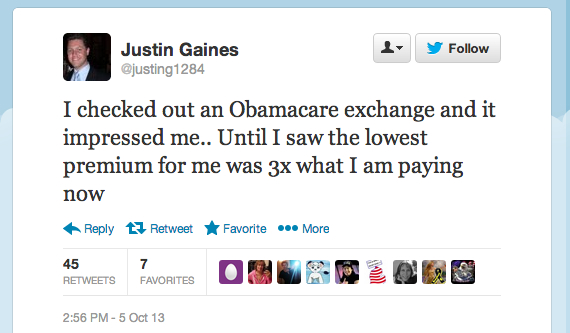 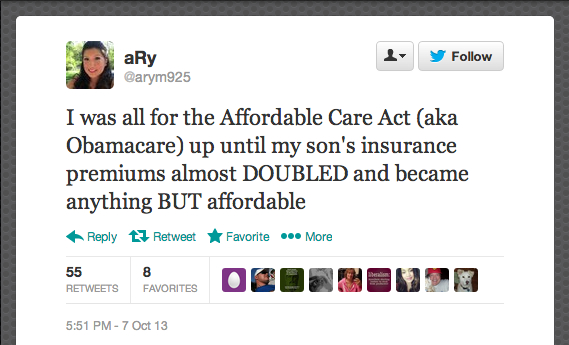 Check out more comments at The Daily Caller