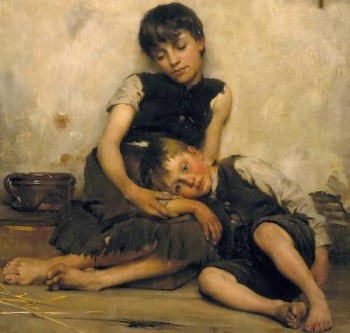 Before the invasion of Iraq, Colin Powell warned, “If you break it – you own it.”

This same china shop principle applies to Obamacare, as well as the broader healthcare system in the United States. It can be little argued that Barack Obama and the Democrat party are in the process of breaking healthcare in this nation.

Whether done so intentionally, as a transition to get to a single payer system, or via incompetence – you be the judge.

For anyone actually paying attention to recent developments, exactly who is at fault for the upheavals should be self evident. But as crazy as this may seem, the actual linking between the “breakers” and the “breaking” must still be made to the average person.

The coupling of issues demonstrating cause and effect must be made in no uncertain terms. This is an unfortunate necessity in low information America.

Even so, rarely in politics has such a ripe opportunity ever existed as does now with the disastrous rollout of Obamacare. The website has been a debacle of gargantuan proportion. Millions of dollars have already been wasted. Soon it will be billions and ultimately trillions.

Insurance premiums are doubling, if not tripling. The same is true with deductibles. The $2500 in average savings promised by Barack Obama has grotesquely mutated into a $7500 increase. Meanwhile, up to sixteen million people are losing their health insurance.

It turns out you can’t keep your insurance. Why? Probably because you didn’t build it.

Regardless, any opportunity to make inroads into an electorate is precious. A chance to shift the future politics of multiple generations is solid gold. That is precisely what is occurring now.

Make no mistake; defining and cataloguing the failures of Obamacare provides the political opportunity of this century. What is most needed now is a comprehensive accounting of the misery.

Going forward, a central focus for Republicans should be voter outreach to the orphans of Obamacare. The orphans are those who’ve been kicked off their insurance and mercilessly thrown out into the harsh cold; upon the rainy, muddy, dead-end street of Obamacare.

These orphans are the people most likely to care because they are directly impacted by big Obamacare.

First, the House Oversight Committee should drag up the insurance executives to Capitol Hill. Once there, the committee should subpoena each insurance company to provide a comprehensive and complete list of names for everyone who was sent a letter canceling their current health insurance policy. This is appropriate oversight and a legitimate function of government.

In the meantime, letters of condolence should be drafted by members of both the House and Senate. Additionally, a letter should be written by the Republican National Committee. All letters should be respectful and heartfelt.

These letters should simply state that Republicans are sorry to hear of the recent loss of your health insurance policy while also gently reminding that Republicans did everything they could to stop the law. Each letter should be as apolitical and sincere as possible. After all, it is to lament a loss.

Using the names and addresses of those orphaned by Obamacare, each congressional member of the GOP should use franking privileges to deliver these letters of condolence to each of their affected constituents. Any people who fall outside the geographic districts of elected republicans should be sent a letter by the RNC.

Every person who loses their insurance and becomes an Obamacare orphan should receive at least one condolence letter. Some people could conceivably receive four letters – one from their representative, two from their senators and one from the RNC.

In the process, it would make the Democrats own it – at least for the people to which it matters most.

Either way, a smart strategy would be to find these people and reach out to them – if for no other reason than to send condolences.

Republicans have an opportunity unlike any in years to communicate our values, own the narrative, and reach the hearts and minds of those abandoned and bruised by Obama and Obamacare.