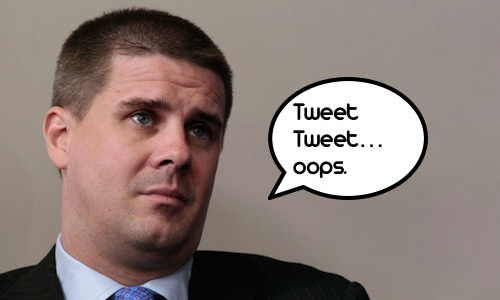 I can imagine the horror WH Senior Advisor Dan Pfeiffer felt for his tweet.

People are shot in dictatorships for less!

It was an honest typo, but totalitarian governments don’t care. According to Fox News:

While responding to a tweet from the New York Times‘ Jonathan Martin about the rise of the Internet/cable television and how it factors into political polarization, Pfeiffer wrote:

The Freudian slip in the tweet was actually missed by the mainstream media. And wouldn’t you know it, Tweets being real-time and all, poor Danny Boy couldn’t delete the darn thing quite fast enough! 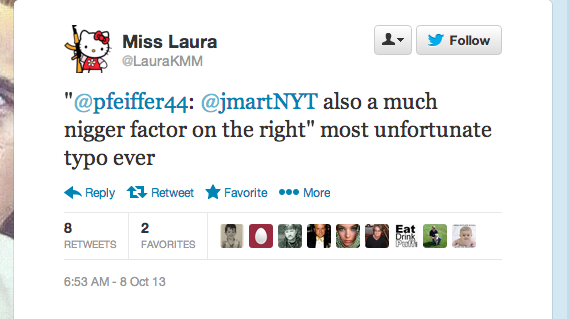 In this new world of instantaneous cyber messaging, let this be a lesson to those who tweet fast and furious and don’t check the typed words prior to tweeting: all hell could break loose over one typo!

Of course the MSM, lightning-fast to jump on any and every mistake made by those on the right, were less speedy to harp on Staffer Dan. And their emphasis was on the wrong word.

MSM focused on the the word “n*igger” when in fact the actual slip was the word “right.” Pfeiffer meant to type “left.”