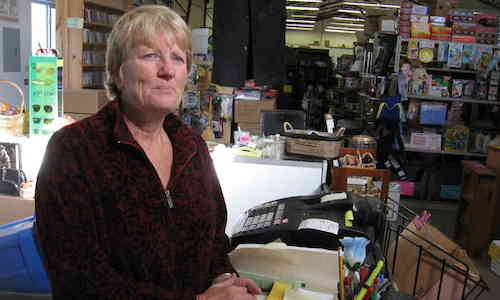 More elusive than the Yeti, Sasquatch, the Loch Ness monster and the unicorn combined, and I’m not talking about the Tea Party racist!

No, I’m talking about somebody who is actually benefitting from ObamaCare.

Keep in mind that the world of possibilities currently consists of SIX people who have braved the gauntlet, and signed up for the panacea of all things medical “insurance.” And one of those six people is the new poster child for ObamaCare.

But let’s introduce you to someone who is quite pleased with her Obamacare experience: Lela Petersen of Flagler, Colo. She’s a small business owner with a very big health insurance bill.

But thanks to the health law, she expects that bill will be cut by more than half in January.

Forget that ObamaCare is still at the stage of just providing “insurance,” as in insurance that you now have another government tax on just being a resident of ObamaNation. The real test of ObamaCare will be when you actually try to use it. Mrs. Petersen is happy with the possibilities.

The article explains that Mrs. Petersen and her husband currently pay $1950 a month for one of those “junk” policies apparently. Under ObamaCare her new insurance will only cost $832 a month.

We don’t get to compare the old policy with the new and improved ObamaCare policy, as the new poster child just gives us the relevant facts of price. We don’t know what her deductibles are or the co-pays. We are to believe that all ObamaCare policies cover you from the rooter to the tooter for LIFE, and due to volume, the insurance companies are able to charge less.

Who knew that SIX people getting insurance could affect insurance rates by so much. Perhaps they should start things like HMOs or PPOs, and see how that impacts the government’s insurance plan.

ObamaCare is only theory, and hasn’t been tested.  With the government running it, what could possibly go wrong?

The good news is we found the elusive, heretofore thought to be non-existent person who loves ObamaCare. It will only cost the taxpayers an estimated $6.3 trillion to see how things turn out.

We will let you know when we locate the Tea Party racist.