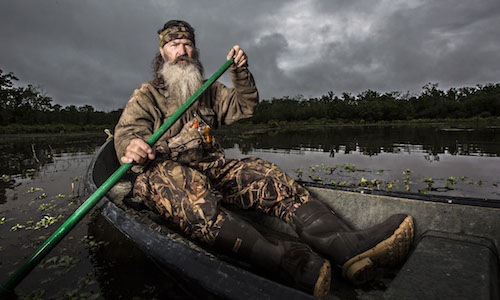 For days now, the nation has been subjected to hearing gay activists, atheists, hypersensitive liberals, and First Amendment rights-defenders engaging in biblical eisegesis.

The histrionics began when Duck Dynasty patriarch Phil Robertson was quoted in a GQ interview where, in defense of his biblically based anti-homosexual-lifestyle views, he loosely cited 1 Corinthians 6:9-10:

Don’t be deceived. Neither the adulterers, the idolaters, the male prostitutes, the homosexual offenders, the greedy, the drunkards, the slanderers, the swindlers — they won’t inherit the kingdom of God. Don’t deceive yourself. It’s not right.

Unabashed in his enthusiasm about the saving power of Jesus Christ and his denunciation of the sinful life he openly admits he was delivered from, when explaining why he rejects the gay lifestyle, Papa Robertson also referred to female and male body parts as if he were reading out of a public school edition of Human Sexuality for Fifth-Graders.  Hearing the words “vagina” and “anus” caused quite a stir with the set that approves of live sex shows being part of a college curriculum. 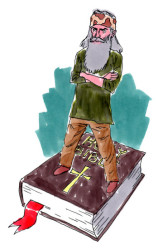