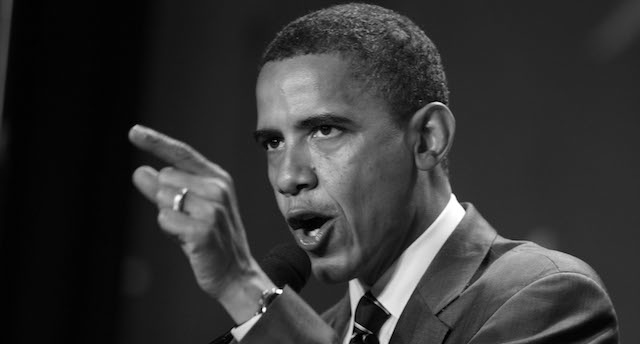 The visionary lies to himself; the liar only to others. And boy do we have a professional liar running America.

Do ObamaBots believe we should accept Barry the Liar as is, or lie to ourselves and pretend that we support the biggest village idiot in America?

I predicted that in order to get people to believe the hype of ObamaCare, the White House would begin the lies. And that’s exactly what they have done. ObamaCare supposedly brought on 4 million new Medicare signees, when the REAL number is less than 400 thousand.

That ratio sounds about right for the “Bullsh*t Factor”(BSF) you need, when listening to anything from this White House.

As reported in  RealClearPolitics:

The White House has propagated numbers regarding sign-ups for the Affordable Care Act, claiming that the program is responsible for 4 million people gaining coverage through Medicaid expansion; 3 million enrollees in their early 20s who remain on their parents’ policies; and 2 million who have purchased insurance through the exchanges.

The first claim is a blatant LIE, as I pointed out earlier.

As for 3 million “early 20s” enrollees who remain on their parents’ plan, they are actually PAYING for their healthcare, so how can they count? Their parents might be paying slightly higher premiums, but generally speaking husband/wife plans are about the same as “family plans,” since teenage children are cheap, medically speaking. I call BS.

Final point. The 2 million thrill-seekers who have purchased ObamaCare through the exchanges are the worst people to have on ObamaCare from a fiscal point of view. By now Americans know that ObamaCare is the “last chance destination.”

When you consider Obama’s comments not long ago about the number of people with pre-existing conditions, you’d think that ObamaCare would have about 50 million enrollees.

It’s telling that all these Americans with pre-existing conditions are willing to roll the dice with their junk plans.