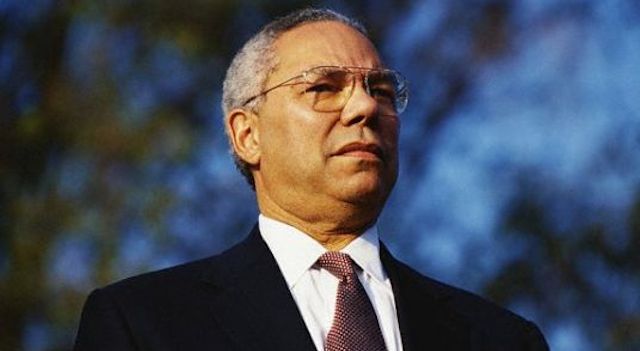 General Colin Powell would have retired a lieutenant had it not been for affirmative action. Powell is a first-class moron.

To think that I was actually fooled into believing he was competent enough to be president at one point, which only goes to show you how we can all be fooled.

After supporting Obama (TWICE!), Powell believes himself to be the savior of the Republican Party.

Sure, that’s just what the Republican Party needs is a dipstick who says the party is waging a war on women and minorities. And despite what Powell says, everybody CAN vote, and America should be thankful that many don’t.

The last thing the Republican Party needs is a guy like Powell. And, in fact, I suggest the GOP has a cancerous “Colin” that should be removed.