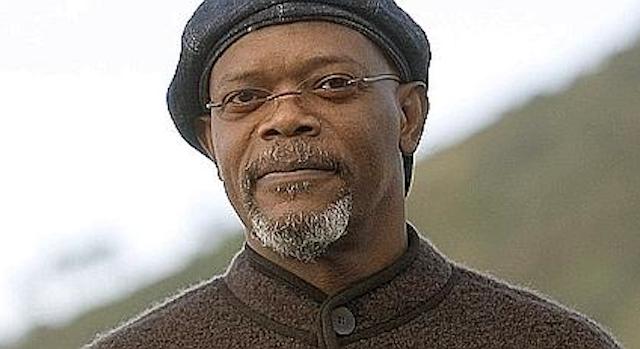 When will actor Samuel L. Jackson learn to keep his yap shut unless he’s reciting lines prepared for him by a Hollywood script writer?

When he shares his own heartfelt opinion, he creates uncomfortable situations for his fellow liberals, who are then forced to explain why what he said wasn’t so bad.

For example, When he weighed in on not-guilty verdict in the George Zimmerman murder trial last August by announcing that it’s “open season” on young black men, the liberal media spent days mopping up after him.

Recently, he was at it again. In an interview appearing in February’s Ebony Magazine:

[T]he 63-year-old revealed the reason why he casted [sic] his vote for President Barack Obama. “I voted for Barack because he was black…

Editor Tamara Jackson’s note: The Young Turks, Cenk Uygur and Ana Kasparian, cover this as though it were so cool and fresh and honest. But my question is this: what if Gary Sinise had announced, “I voted for George W. Bush because he was white!”?

We all know the Left would have run with the story ad nauseam, with headlines screeching that bigotry and the Klan were alive and well in America.

Yet a black man says he voted for a president because the candidate was black and it’s hip honesty.

The KKK may not be alive and well, but utter, Leftist duplicity most certainly is.