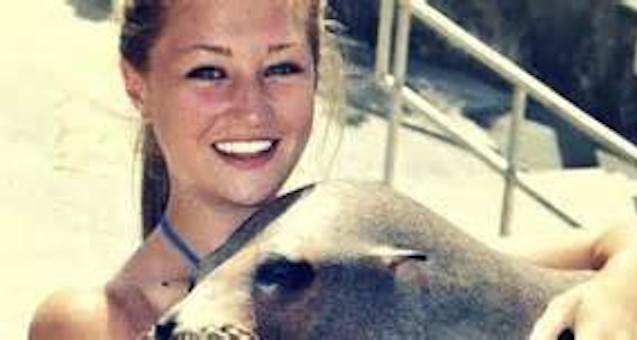 If your kid becomes a runaway, you could be sued for “child support!”

That appears to be what happened, when 18 year old Rachel Canning rebelled against her parents.

Rachel left the house, claiming her parents threw her out, and now she is suing her parents for support, expecting them to pay for her final private high school payments and college.

Yes America we have arrived at the point where kids believe their parents OWE them college, and about everything else, even when they have reached what most people deem maturity. Perhaps Rachel believes she isn’t an adult until she is 26?

Imagine the ramifications if Rachel Canning wins this lawsuit. How many Liberals’ children will be suing their parents?

Here is what Sean Canning, the father of Rachel and retire Lincoln Park Police Chief had to say about this:

“I’m a liberal, liberal parent,” he said. “I wish I could have grown up in my house. I was tougher on my cops at work than I’ve ever been at my home, that’s for sure.”

Sean and Elizabeth Canning say their “spoiled” college-bound daughter doesn’t live by their house rules and left the home because she didn’t like the law of the land — overseen by her father, a former Lincoln Park police chief.

The Morris Catholic High School senior and lacrosse player instead has lived at the Rockaway, N.J., home of a classmate, whose father, John Inglesino, has foot the bill for the suit.

“My parents have rationalized their actions by blaming me for not following their rules,” Rachel said in her court papers, according to The Daily Record of Morristown, N.J. “They stopped paying my high school tuition to punish the school and me and have redirected my college fund, indicating their refusal to afford me an education as a punishment.”

Spoiled being the key word. And yes, Sean. When you raise a child TOO Liberal, you get sued.