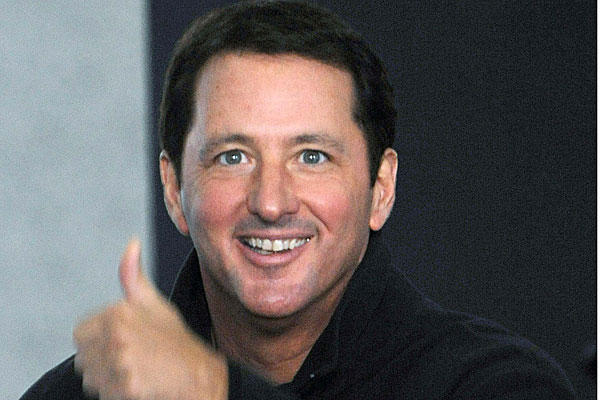 There is a difference. Trudeau has to serve 10 years for his larceny, and Obama remains at large.

Trudeau sold more than 850,000 copies of the weight-loss book, generating $39 million in revenue, and his book was junk promises, again just like Obama. Trudeau’s attorney argued that his transgressions are minor in that he didn’t cheat people out of their fortunes, as they only lost $30–the cost of the book. You gotta love the mentality of some people.

Kevin Trudeau made late-night infomercials for more than 20 years, and it was one ruse after another. Doctors have expressed concern in the past about his book Natural Cures They Don’t Want You To Know About which has sold more than five million copies and appeared at the top of non-fiction bestseller lists.

His claims include: ‘The sun does not cause cancer. Sun block has been shown to cause cancer.’ Another one of his statements is that Aids is ‘one of the greatest hoaxes and deceptions ever perpetrated on the American public’.

The FTC first came after Trudeau in 1998 for making false claims on TV, when he claimed his alternative medicines could cause dramatic weight loss and cure addictions to alcohol, cigarettes and heroin. He even said the herbal remedies could give users a photographic memory.

More than 25 million Americans have purchased products from Trudeau, but this is nothing in comparison to the scandal that is Barack Obama.

Lord knows, Obama’s ruse was on over 60 million Americans, and have been felt by all 308 million. Obama has cost people their lives and their fortunes, yet America’s biggest huckster remains in the White House.

While Trudeau, it is alleged, is penniless; Obama is feasting at the public trough.