Black Liberals wouldn’t know a trap, if they were led into it with SNAP cards and fried chicken.

And that’s exactly what the Democrats have done, set a trap for ignorant black Liberals.

Barack Obama recently celebrated 50 years of the destruction of black people, as he commended LBJ on The Great Society.

Forget that LBJ wrote black people out of the Great Society, just keeping enough useful idiots to keep white Democrats in power. Boy was he successful. 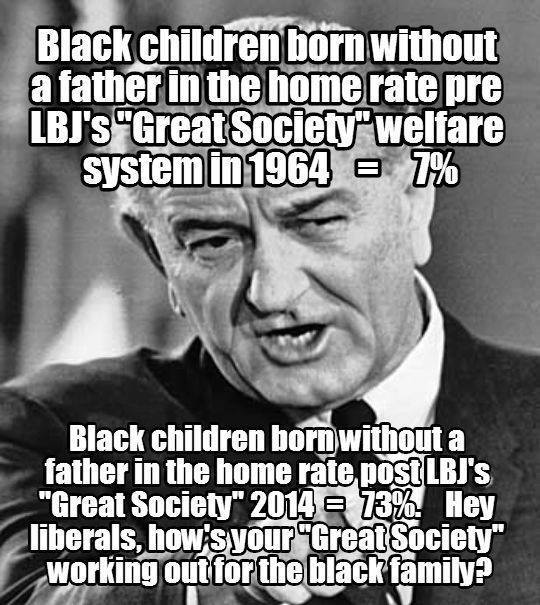 Despite having a black president and a black attorney general, America has two silly Negroes who are tools of the white man. As long as Obama and Holder oppress white Conservatives and Republicans, they are free black men. Attack the Democrat establishment, and both these “light-skinned Negroes with no Negro dialects” will find out just how black they are in the white racist Democrat world.

Obama is a rube of the eugenics movement, the perfect patsy. There is absolutely nobody better to lead gullible blacks to the gallows, than Mr. Cool.

Congratulations, LBJ for grooming black Liberals so well, they are happy to destroy other blacks. Take a look America: This is LBJ’s Great Society!