France is not completely anti-gun.

You can legally own a gun, though there are 30 guns for every 100 people. Given the propensity for gun owners to own more than one, you can be sure that there are very few people who carry weapons.

But the bad guys do.

According to this report at Reason.com,

“The French black market for weapons has been inundated with eastern European war artillery and arms,” Philippe Capon, the head of UNSA police union, told Bloomberg. “They are everywhere in France.” Capon put the black market price of AK-47s at between 1,000 and 1,500 euros.

This squares with what the Geneva-based Small Arms Survey found in its 2003 annual report. As of that year, France had 2.8 million registered firearms, but an estimated 15 million to 17 million owned illegally. Smuggled guns “flow largely from east to west” in Europe the report found, fueled by simmering distrust of authorities in countries that suffered communist rule, as well as a mother lode of old Soviet weapons abandoned by collapsed regimes—weapons like AK-47s. 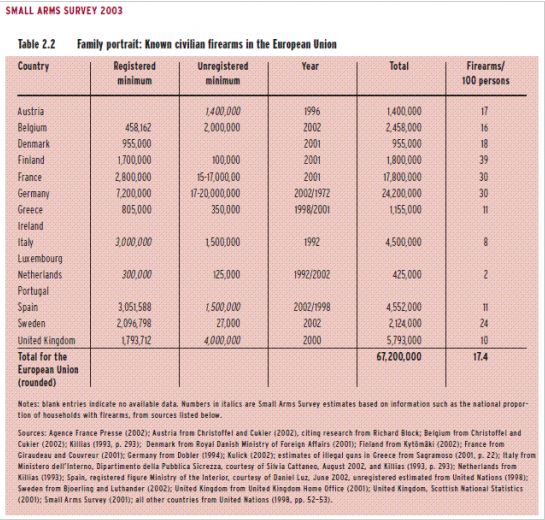 Amazingly, the bad guys who planned the attack on Charlie Hebdo didn’t care about French gun laws. And you can bet the report above doesn’t account for those illegal weapons.

Put another way, whereas one of about every three law-abiding citizens of France has a gun, you can bet that nine out of ten bad guys have firearms.