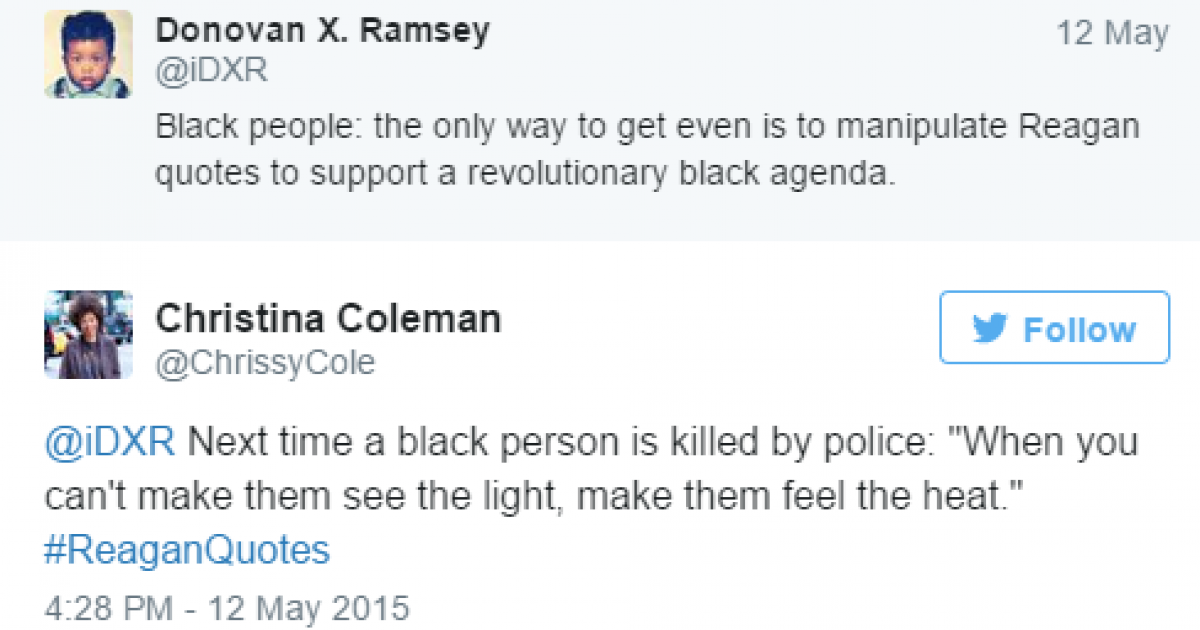 Two weeks ago when Dane County District Attorney Ismael Ozanne announced that no charges would be brought against the Wisconsin police officer who shot and killed an unarmed Tony Robinson.

He did something that many elected officials do to quell the community — invoked Dr. Martin Luther King Jr.

NOW THEY WANT TO REDIRECT YOU TO USING REAGAN QUOTES? CHECK THIS OUT.

In this week’s The Retweet, join us as we explore just how effective Reagan’s quotes could be in amplifying Black voices against police violence.

How’s this for a change?

The Retweet: Stop Using MLK Quotes — Use Ronald Reagan Instead | News One

Who Are ‘Umbrella Man’ and ‘Pizza Guy’?