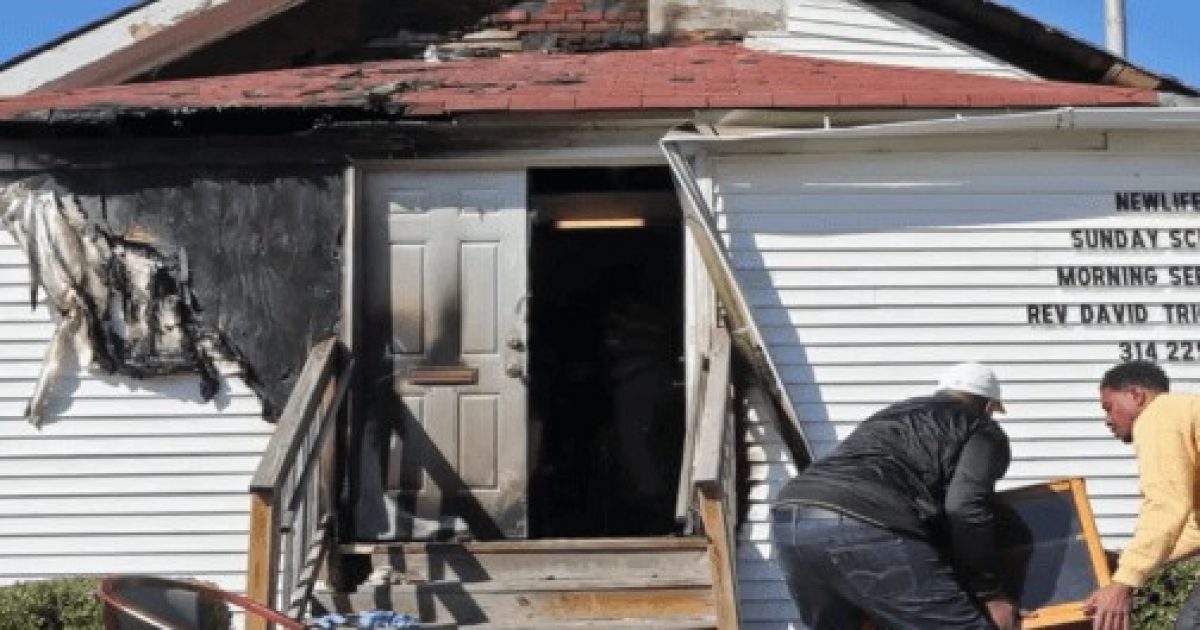 If it weren’t for the constant cries of racism by ignorant black Leftists and their slave master enablers, nobody would give two seconds of thought to that group of whiners.

In the latest St. Louis church burning, one person commented this:

“Maybe this individual was neglected by the church. Because he’s obviously well versed in chemical usage. Just with my building alone there were three or four different chemicals that were found that investigators sent to the lab. So, I believe if he really wanted to he could burn these buildings down.”

So when several black churches were burned in the St. Louis area recently, I wondered why nobody accused the real potential culprits? The Party that Booed God, the Democrats is a good place to start.

When it comes to being Democrats, blacks have practically cornered the market, as blacks are overwhelmingly Democrat. So like in the suspicious death of a spouse, the living spouse is the first place you look. What is black people’s alibi?

And if it’s not black Democrats, don’t overlook the white ones; they are the most scurrilous sort. White Democrats are sneaky, and honestly most likely the people who would burn down black churches, and I’m talking on Sunday, when the church is full of black people. For all intents and purposes, black churches have become adult Klanned Parenthood locations, teaching racism and condoning the killing of black people. But there are other culprits, as well.

I’m no detective, but if the culprits are not church-going Democrats, why not question atheists. After all, atheists openly hate God. Well, that’s not totally true, as to hate God, they would have to believe God exists. Nevertheless, given the views of atheists towards organized religion, it’s logical that an atheist might have grown tired of  having no house of worship to “nothingness.” Being jealous of Christians and our churches, why wouldn’t an overjealous atheist decide to take matters into his or her own hands. But no atheists are ever accused of church burnings, at least to my knowledge

Finally, why not accuse a Muslim. When a mosque is attacked, the first place the lamestream media runs to is Christians. But when churches are attacked, nobody blames Muslims. These creatures destroy churches all over the world and behead Christians, like combines harvesting wheat, yet nothing when churches are burned.