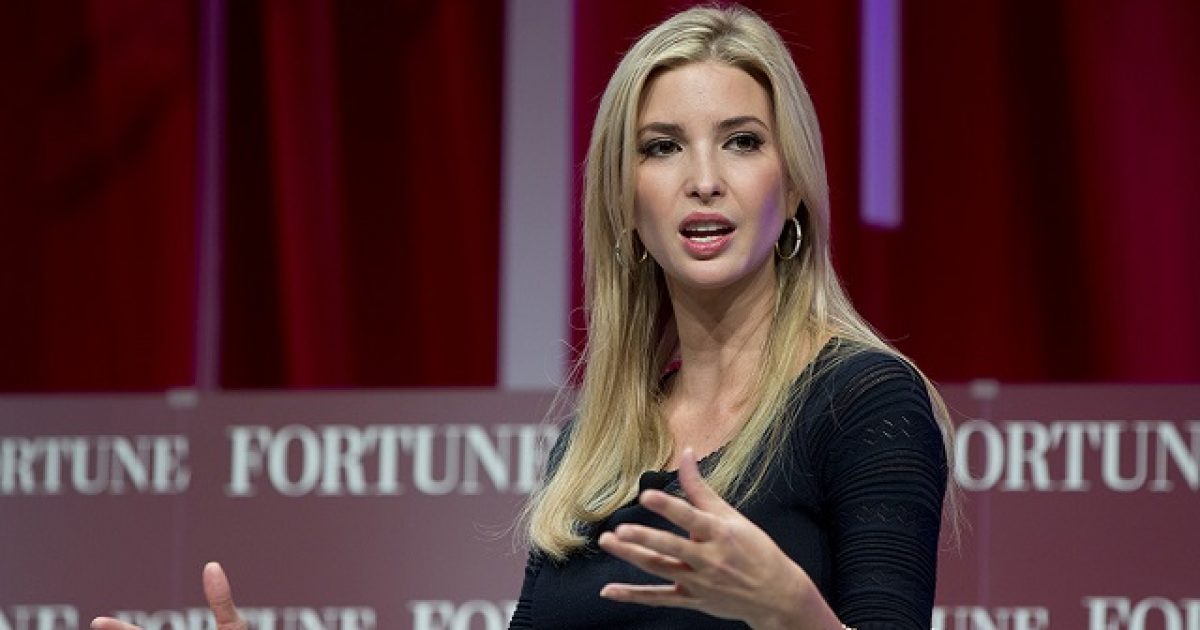 Leftist gays need to pull it together, because you don’t mess with the Trump children or grandchildren.

I can’t imagine a gay man shouting down Melia or Sasha Obama, but apparently some gays have no problem harassing the Trump family.

As reported by TMZ,

Ivanka Trump just had a bumpy start to her Xmas holiday … an out-of-control passenger on her flight began verbally berating her and “jeering” at her 3 kids.

Ivanka was on a JetBlue flight leaving JFK Thursday morning with her family when a passenger started screaming, “Your father is ruining the country.” The guy went on, “Why is she on our flight. She should be flying private.” The guy had his kid in his arms as he went on the tirade.

A passenger on the flight tells TMZ Ivanka ignored the guy and tried distracting her kids with crayons.

JetBlue personnel escorted the unruly passenger off the flight. As he was removed he screamed, “You’re kicking me off for expressing my opinion?!!”

No, they kicked him off for being an ass-wipe.

Next time try harassing people in Arabic. No wait, that doesn’t work either.

Note that the family was not flying in a private jet, but going “commercial.” And it should also be noted that the entire family, including cousins all flew coach.

One guess on whether you believe the Obamas would have flown coach post-election of 2008?

Here’s the timeline of the encounter:

7:48 AM PT — The husband of the unruly passenger tweeted an hour before the plane took off, “Ivanka and Jared at JFK T5, flying commercial. My husband chasing them down to harass them.”

So these two tolerant gay princesses decided to harass a NOT Gay family for shiggles. All to report back to the Gay Mafia that they had beaten down a mother and 3 children.

Later that morning, JetBlue chimed in on the disruption:

8:35 AM PT — JetBlue just released a statement, saying, “The decision to remove a customer from a flight is not taken lightly. If the crew determines that a customer is causing conflict on the aircraft, the customer will be asked to deplane, especially if the crew feels the situation runs the risk of escalation during flight. Our team worked to re-accommodate the party on the next available flight.”

But Leftist gays are angry. They blame their miserable lives on somebody else, and look for excuses to lash out, and even the excuse of no excuse will do.

I’d like to find out more about these two gay ladies, so we can out them once again.