When the fake news media discovered the name of the Ft. Lauderdale shooter, they took a big sigh of relief. Santiago: Thank GOD he’s Latino!

In other words, he’s NOT a radical Muslim committing jihad!

So when Esteban Santiago shot up the Ft. Lauderdale airport, he was likely a disgruntled Mexican getting back at Trump for his immigration policy.

You can bet the Leftist rags’ editorial writers had titles of the incident ready for print: “Trump Pushes Mexican Over the Edge.” Or “Trump Causes Shooting Rampage.”

As it turns out, Santiago is a Puerto Rican Muslim convert.

And if that isn’t shocking enough, Santiago joined the U.S. Army AFTER he took on an Islamic name. {I know, right?!}

In the days of whites declaring black, and men and women switching genders, why not change your religion…and your name? Thus Esteban Santiago became Aashiq Hammad.

Yet, in the days following the shooting the media reported on “mentally ill Hispanic.” Further, “Santiago” whose new name was HAMMAD suffered from PTSD. {The war, ergo Santiago is Bush’s fault and Obama inherited this mess!}

Santiago took on his new identity, Aashiq Hammad, around 2007. Under the new Muslim-convert name of Hammad, he joined the Puerto Rico National Guard on Dec. 14, 2007.

Hammad was then deployed to fight against his “brothers” in Iraq from April 23, 2010, to Feb. 19, 2011. One can speculate this action traumatized him just a tad.

However, when Hammad returned state-side, he joined the Army Reserves before becoming part of the Alaska Guard.

How’s that for Muslim infiltration of America’s military?

Jim Morlock, a prominent Ft. Lauderdale businessman publicly blasted officials for covering up the fact that the attacker was a self-proclaimed Muslim. 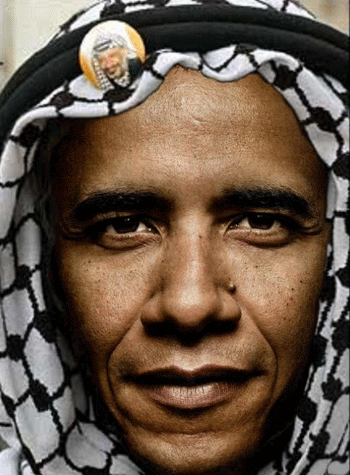 “Since when does a US Senator (Bill Nelson), not law enforcement, be the one to so quickly release this terrorist’s Hispanic name but nothing about his more relevant Islamic background?” the letter asks. Obama must have told Sen. Nelson to keep this from looking like a Muslim Terrorist attack during the last 12 days of his watch. Bad for his legacy.”

Morlock goes on to state that it’s “better to portray this atrocity as white Hispanic Alaskan mental Iraq war vet gun violence.” The real estate entrepreneur proceeds to reveal that Santiago lives in walking distance to the only mosque in Alaska, was radicalized before he entered the military and was knowingly allowed to serve despite his Islamic sympathies thanks to “Obama’s PC military.”

How many “hints” does our Department of Homeland Security need to stop these radicals in advance?!

But it gets worse, as the article speculates on why the shooter selected Ft. Lauderdale:

The letter poses interesting questions, including why this Muslim terrorist chose Ft. Lauderdale out of all the nation’s airports and who Santiago knows in Broward county, which has a large and growing Islamic community. In 2015 Judicial Watch obtained records from the Florida Department of Law Enforcement (FDLE) that show and Al Qaeda terrorist who helped plan several U.S. attacks lived in Broward County and graduated from the local community college with a degree in computer engineering. His name is Adnan G. El Shukrijumah, but he also had a Hispanic identity, Javier Robles, and for years he appeared on the FBI’s most wanted list. Back in 2012 Judicial Watch reported on a terrorist front group’s demands that Broward County public schools close twice a year to celebrate Islamic holy days, illustrating the influence that Muslims have in the region.

With Obama departure as president, so goes his reign of Muslim terror.

Blame Obama, a complicit media, and a radical Leftist agenda for Ft. Lauderdale. Because of them, more Americans grieve over the death of loved ones at the hands of yet another murderous Muslim.