Obama didn’t divide America along color lines, but along mental lines. The new divides separates the sane, we Conservatives, from the insane Leftists. 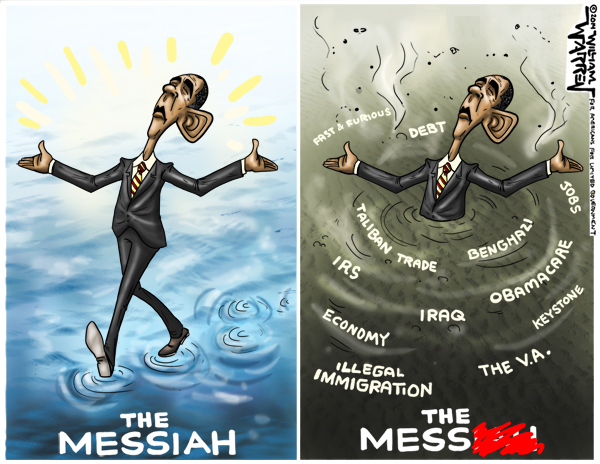 America has been fixated on the racial divide, because that’s the easiest one to identify. However, that’s where the insanity of the real divide in America begins.

Most Americans believe race relations in America under Obama have gotten worse.

A majority of Americans say relations between blacks and whites in the US have worsened under President Barack Obama, according to a new CNN/ORC poll.

The survey results come as an increasing number say discrimination against blacks is a very serious problem and concerns about bias in the criminal justice system remain widespread.

Overall, 54% say relations between blacks and whites have gotten worse since Obama became president, including 57% of whites and 40% of blacks. That’s up sharply compared with last June, when 43% said things had gotten worse shortly after a racially motivated shooting at a black church in Charleston, South Carolina.

The hint lies in how CNN discussed the poll from the results of this survey; from the black perspective.
Look at the polling on race relations from any other perspective than blacks, and you begin to see the “sanity” divide. The only whites who can feel better about race relations in America under Obama represent the easily led politically-correct indoctrinated whites.
Facebook Twitter
1 2 3 4 5Next page
Kevin JacksonJanuary 13, 2017
8 minutes read
Don’t Miss Out!