The CBC lives like WHITE FOLKS! And it’s because of the CBC PAC.

Back when we chronicled that the CBC raised $55 million for scholarships for black students. The bad news is they gave away less than $1 million. But these scurrilous black race pimps are at it again.

According to the Free Beacon, 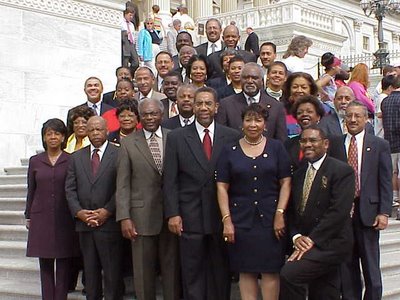 The Congressional Black Caucus PAC (CBC PAC) spends lavishly on upscale resorts and hotels, catering at exclusive restaurants, and on fundraising and Broadway tickets, according to a review of campaign finance records.

The CBC PAC, which is the fundraising arm of the Congressional Black Caucus, puts far more money towards administrative and fundraising purposes than it donates to candidates, the intended purpose of the political action committee.

The CBC PAC claims its mission is to increase “the number of African Americans in the U.S. Congress” and to “support non-Black candidates that champion our interests, and promote African American participation in the political process-with an emphasis on young voters,” according to its website.

The PAC spent hundreds of thousands throughout the 2016 election cycle on administrative expenses that included bills for lavish trips that were paid by the committee.

A $5,000 payment was made in January 2016 from the PAC to the Buccaneer Hotel located in St. Croix, Virgin Islands, one of the “world’s top 50 tropical resorts.”

Later, on March 21, 2016, the PAC made another payment to a resort in the Virgin Islands. This time, the money went towards a stay at the “one-of-a-kind” Renaissance St. Croix Carambola Beach Resort and Spa also located in St. Croix. The Renaissance is situated “among the foothills of a lush tropical rainforest and only steps away from the pristine sands of Estate Davis Bay.”

The PAC spent $820 on taxicabs while in the Virgin Islands. More than $2,000 was spent at Sweeny’s St. Croix Tours in the town of Christiansted, considered “the most beautiful town in the West Indies.” Sweeny’s provides an open-air bus for its guests as they embark on safari tours of the island. More than $4,500 was also spent by the PAC on catering at Un Amore, an Italian restaurant.

But the group doesn’t just party internationally, as they spread the wealth around at home as well.

The group’s largest expenses were made in New York and Washington, D.C.

The Conrad Hotel, a luxury all-suite hotel located in New York City, is a favorite of the PAC, which spent in excessof$40,000 at the venue throughout the last election cycle. Another favorite of the PAC, the St. Regis Hotel in Washington, D.C., that “plays home to dignitaries, royalties, and refined travelers alike,” receivedmore than $18,000 in payments from the committee.

Other expenditures by the group included$6,576 on lodging at the 5-star Beverly Hills Hotel and $3,268 on lodging at the Waldorf La Quinta Hotel, Resort, and Spa located in La Quinta, Calif. The PAC spent $4,180 at the MGM Grand Hotel and Casino in Las Vegas and also spent $3,372 for “facilities rental” at Drai’s Rooftop Bar and Lounge at the Cromwell Las Vegas Hotel and Casino on the trip.

More than $2,000 was spent at the Fantasy Springs Resort Hotel in Indio, Calif., while $1,421 went towards rooms at the Harbor View Hotel at Martha’s Vineyard, among other hotels and resorts.

And then there was the fundraising:

Tens of thousands also went toward fundraising event tickets and catering at high-end restaurants from the PAC.

The group paid $28,342 for “fundraising event tickets” to IHeartMedia Inc., a mass media corporation in San Antonio, Texas. The PAC put $22,112 toward “tickets and catering for a fundraising event” at the Staples Center, a sports arena, in Los Angeles, Calif. More than$25,000 was spent on catering at The Palm restaurant in New York City while$27,070 was spent on catering at Bobby Van’s Steakhouse in Washington, D.C. Thousands more were spent at other restaurants.

The group also spent $1,621 on Broadway tickets and another $5,960 at the Golden Theater in New York City.

The PAC additionally paid $32,000 in rent to the Congressional Black Caucus Institute, a non-profit that plays a “pivotal role in training the next generation of political leaders and providing voters with relevant information regarding issues in their communities,” its website states.

And the CBC takes care of those who set this stuff up. According to the article,

Benjamin Branch, who provides administrative and managerial consulting services to the PAC, pocketed nearly $177,000 from the group.

And it that wasn’t egregious enough, understand that the mission of the PAC has pretty much gone unheeded. Based on their spending, they are not about helping candidates. The Congressional Black Circus gallivants all over the world at the expense of donors.

The committee put $283,100 total towards administrative expenses while $127,000 went towards fundraising purposes. The PAC contributed just $91,000 to federal candidates, according to overall data of the PAC from the Center for Responsive Politics. 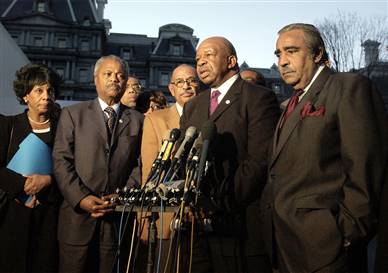 Anybody think the CBC PAC was ready to answer questions about their lavish spending habits? How many black people lost homes or businesses during this time? How many families couldn’t send a child to college while these thieves spent money like rich housewives from Atlanta.

The CBC PAC did not respond to requests for comment on its expenditures by press time.

These people are sanctioned thieves. They live like kings, as their constituents live like paupers. Soon they will be exposed in ways that will make a difference.