Politically divisive leadership at the helm of Starbucks left conservatives out in the cold for years. And now Starbucks pays a heavy price.

Starbucks knows why their sales have fallen, and it’s not a softening of the market. To admit that would mean to admit that Obama’s economy wasn’t working.

Although Obama is partly to blame, the bigger impact to Starbuck’s bottom line was abandonment by Conservatives. And Wall Street agrees.

It all started when the company removed religion from its holiday promotions. Recall that Starbucks stopped using “Merry Christmas” on their holiday cups. When the company did that, Donald Trump called for the first boycott of the company at a campaign rally in November 2015.

“I have one of the most successful Starbucks, in Trump Tower. Maybe we should boycott Starbucks? I don’t know … That’s the end of that lease, but who cares?” Trump said during a campaign rally. “If I become president, we’re all going to be saying Merry Christmas again, that I can tell you. That I can tell you.”

In less than 12 hours, the Trump effect had taken hold.

The next morning Starbucks’ stock opened at 62.55. Thereafter, began the slide, and perhaps the company’s and CEO’s rapid descent into political irrelevance.

Customers vote with their feet. 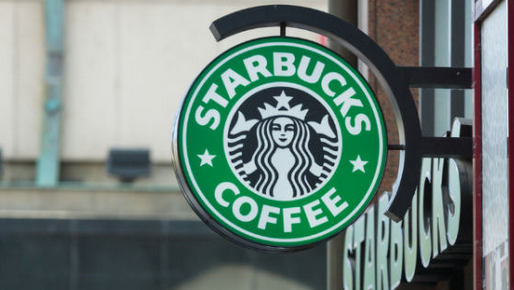 The nail in Schultz’ coffin came in January. In response to Trump’s first travel order, the Leftist crybaby announced that Starbucks would preferentially hire refugees worldwide. Those rapists aren’t looking for work; they’re looking for white women to rape and liberal snowflakes to help them force Sharia law on the civilized world.

Delusional Leftist that he is, Schultz claimed the ensuing boycotts by Conservatives would have no effect. Wishful thinking.

As we previously reported, Starbucks lost 24% of its brand value.

Starbucks’ board took the hint. And as we noted last month , boycott-fueled sales’ decreases forced Schultz out. His replacement starts this month.

What’s more, to make amends with conservatives, Starbucks announced a HUGE expansion of their veteran hiring program on Wednesday. To date, they’ve hired more than 10,000 veterans and their spouses. Not only that, but due to the hiring program’s success, they will expand their goal to 25,000.

Proving that Trump’s influence effects ivory tower liberal elites as much as anyone, conservative boycotters of Starbucks can be proud of the work they’ve accomplished.