Surprise surprise! More of Obama’s lies comes to light as the legacy of Obama slowly fades away.

Obama lied, and he lied a lot. Among many of his lies, the Iran deal was one of his biggest.

Obama and his Secretaries of State Hillary Clinton and John Kerry built a platform for holding negotiations with Iran. Clinton made the deal possible and, as a result, is referred to as ‘the groundskeeper’.

This isn’t the first time Hilary Clinton has made deals with terrorist hotbed countries. Courtesy of Wikileaks, it was proven that Hilary and her foundation received millions in donations from countries like Saudi Arabia and Qatar who have also given money to terrorist groups like ISIS.

Obama, Hilary, and his administration gave 150 billion dollars in sanctions relief to Iran in exchange for their compliance with certain requirements. Because, terrorists and criminals keep to their word, why not make deals with them? It’s interesting to note that the deal did not include verification of Iranian compliance. Further, the deal offers no  guarantee Iran won’t pursue nuclear bomb capabilities later.

The only way to like this deal is to betray the American people.

And that’s exactly what Obama did when he provided false narratives to the press.

To ensure senators didn’t cast a two-thirds vote against it and kill it, the White House set up a digital response “war room” whose purpose was relentlessly to make the case that a vote against the deal was a vote for war.

Then on January 17, 2016, the Obama administration secretly sent $400 million in cash equivalents on an unmarked cargo plane to Iran, facilitating a swap for four innocent Americans held captive by Iran. Also, seven Iranian criminals held captive by the US were also released. Naturally, Obama saidthe money was not a ransom in exchange for the release of the prisoners. However, the State Department eventually admitted Obama lied, and the money was a ransom for the hostages.

And if that wasn’t bad enough, the United States sent another $1.3 billion to Iran shortly thereafter. Then, according to Jewish News Service Yeshiva, Iran sent this money to the terrorist group Hezbollah.

A Saudi Arabian newspaper report on April 25th that Hezbollah had received $600 million worth of Iranian aid. The Al-Youm newspaper reported that the aid was transferred almost completely in hard cash, and is being used for the terror group’s institutions and salaries paid to its terrorists and their families. 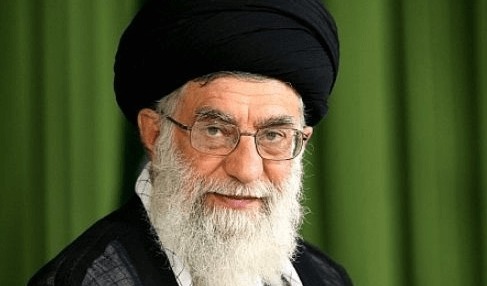 Hezbollah is a terrorist organization that is headed by Hassan Nasrallah, its Secretary General.

The organization was created by Muslim clerics and funded by Iran primarily to harass the Israelis who had entered Lebanon to increase stability in the north. Its leaders were followers of Ayatollah Khomeini, and its forces were trained and organized by a contingent of 1,500 Revolutionary Guards that arrived from Iran with permission from the Syrian government, which was in occupation of Lebanon at the time.

This is the legacy of Obama. He did more to aid the people who want to wipe us off the map, then the people he swore to protect.

But don’t think learning the truth about Obama will change the minds of Leftists. They wouldn’t care if they found out that Obama was the leader of ISIS.