DEARBORN, Mich. (INTELLIHUB) — Thursday night, FBI agents, prosecutors from the Department of Justice, and New York Police Department detectives raided a residence at the 7200 block of Jonathon St. (purportedly listed as a subsidiary of the Journal of Muslim Minority Affairs — a business that employs both Huma Abedin’s brother and sister and a business that Huma also worked for in the past).

Tight-lipped officials said that the raid was a “matter of national security” leading some to speculate that agents may have been looking for Hillary Clinton’s missing laptop computer or even a thumb drive containing more emails. However, Intellihub staff has not been able to independently verify the Abedin connection to the residence at this time.

Many Americans have wondered when the Weiner emails might come into play. 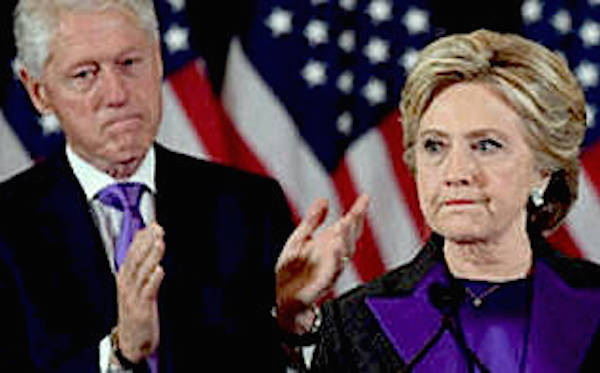 What we do know is that agents reportedly removed boxes containing various items, including phones, an iPad, and a passport, from the residence where the target Samer El Debek was apprehended on suspicion of material support to a terrorist organization before being extradited by law enforcement back to New York.

Sources indicate that the raid was part of an open joint Terrorism Task Force case in which officials still seek to solve.

Although Huma’s connections to the home remain up in the air, it’s well known that Abedin has tentacles that extend into to the city of Dearborn, Michigan and the Muslim Brotherhood itself.

Huma’s husband, Fmr. Congressman Anthony Weiner, plead guilty last month in a New York U.S. District Court for transferring content to a minor and is expected to serve 21-27 months in prison on a plea deal. But the question is: Did the plea deal include giving up evidence on Hillary Clinton and was that evidence stored at the Jonathon St. residence?

Needless to say, we are at the beginning of all of this.

The timing couldn’t be worse for Hillary Clinton. Recently Congress has launched an investigation into Hillary Clinton’s potential influence peddling with Bangladesh. So who knows where that will lead?

Further, soon the investigation into Russia grows legs, and Clinton may find things too hot on the surface.

In case you’re wondering what to look for, watch Clinton quickly scurry down her rat hole.